Here are 5 policies that Trump is already back-pedaling on 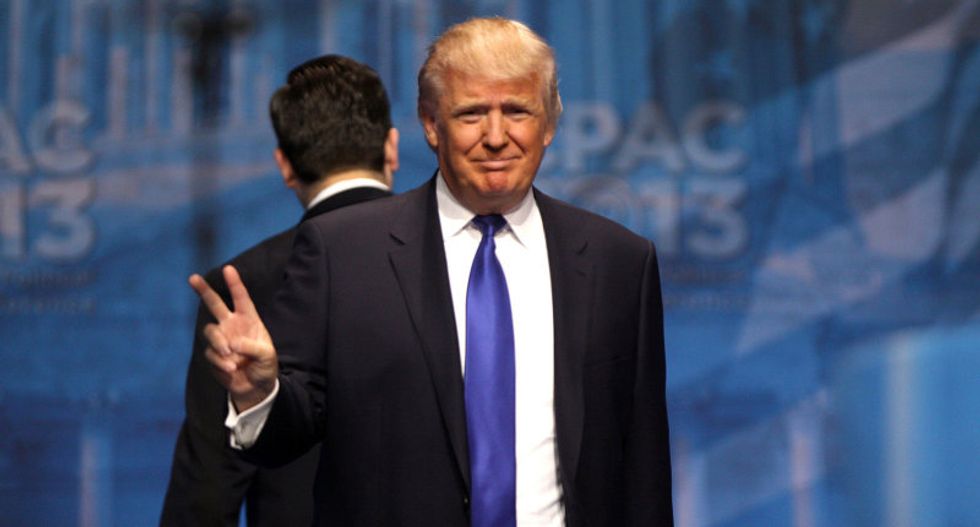 Donald Trump made a lot of promises over the course of this campaign. And as his transition learns the ins and outs of government operations, it’s clear the president-elect, and those in his orbit, are reneging on some of the more integral policy platforms he ran on.

Here are all the positions president-elect Trump has qualified (so far):

Repealing and replacing Obamacare was a rallying cry for Trump supporters throughout his campaign.

“On day one of the Trump Administration, we will ask Congress to immediately deliver a full repeal of Obamacare,” Trump’s website currently reads. And while the president-elect insisted during the CNN-Telemundo Republican debate that he wants to “keep preexisting conditions,” he nonetheless led calls to “repeal and replace Obamacare” throughout the remainder of the campaign.

But after his meeting with President Obama Thursday, Trump said he would consider alternatives to an all-out appeal. “I told him I will look at his suggestions, and out of respect, I will do that,” Trump told the Wall St. Journal.

“Either Obamacare will be amended, or repealed and replaced,” he added.

Trump’s core promise, and a familiar refrain by the president-elect. “I will build a great, great wall on our southern border, and I will make Mexico pay for that wall,” Trump said repeatedly. “Mark my words.”

Thursday, Newt Gingrich—who’s reportedly being considered for Trump’s Secretary of State—admitted the president-elect’s promise to get Mexico to pay for it may have been a “campaign device.”

"He may not spend much time trying to get Mexico to pay for it," Gingrich said. "But it was a great campaign device."

End the “war on coal”

One of the major Trump’s sweep through the rust belt during the campaign “end the war on coal.” And likewise, in its 2016 GOP platform, the Republican party vowed to restore coal jobs, dismissing clean energy as part of President Obama’s “war on coal":

"The Democratic Party does not understand that coal is an abundant, clean, affordable, reliable domestic energy resource. Those who mine it and their families should be protected from the Democratic Party's radical anti-coal agenda."

But now it looks like Republican party leaders recognize that bringing coal jobs back is not so simple. Sen. Majority Leader Mitch McConnell Friday told the Lexington Herald-Leader it’s “hard to tell” if the government will be able to expand the coal industry in a meaningful way.

“We are going to be presenting to the new president a variety of options that could end this assault,” McConnell said. “Whether that immediately brings business back is hard to tell because it’s a private sector activity.”

“A government spending program is not likely to solve the fundamental problem of growth,” McConnell added. “…I support the effort to help these coal counties wherever we can, but that isn’t going to replace whatever was there when we had a vibrant coal industry.”

Trump: If they've done well, they're going out and they're coming back in legally. Because you said it--

Pelley: You're rounding them all up?

Trump: We're rounding 'em up in a very humane way, in a very nice way. And they're going to be happy because they want to be legalized. And, by the way, I know it doesn't sound nice. But not everything is nice.

Republican National Committee Chairman Reince Priebus Wednesday said Trump is no longer calling for “mass deportation," and is instead calling for the deportation of criminals.

“He’s not calling for mass deportation,” Priebus said on MSNBC’s “Morning Joe.” “He said, ‘No, only people who have committed crimes.’ And then only until all of that is taken care of will we look at what we are going to do next."

5. The Iran peace treaty will be gone.

In September 2015, Trump said that under his administration he would “renegotiate” the agreement. Trump called the deal the "stupidest deal of all time" and running mate Mike Pence said that the deal would be "ripped up."

The Times of Israel reports that Trump may not scrap Obama's Iran nuclear treaty after all.

"Appearing to walk back statements made by president-elect and other advisers," senior Trump adviser Walid Phares claims that the treaty will instead be "renegotiated." He also said that Trump might not actually move the US Embassy to Jerusalem immediately.