'He's not going to drain the swamp - he is the swamp!': CNN panelist unloads on Trump's corruption 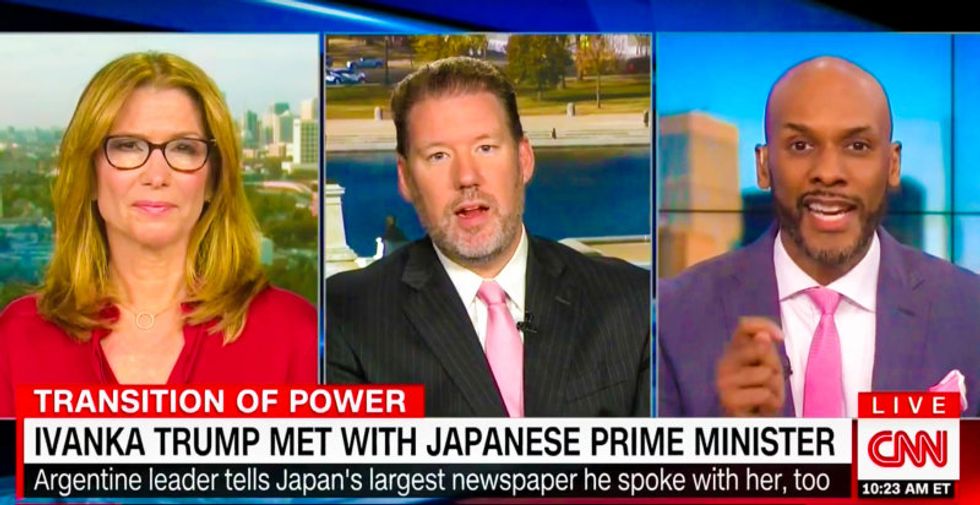 Donald Trump's promises to "drain the swamp" of Washington corruption are becoming more of a punchline for his detractors as more information about his conflicts of interest piles up.

"How much longer do we need to wait?" Boykin asked incredulously when told by former RNC communications director Doug Heye to have patience and let Trump work out his business entanglements. "The guy was meeting with Indian business partners. He's bringing his daughter, who will run his business, into a meeting with the Japanese prime minister. He's bringing his daughter into phone call with the Argentine president. He is involving his family, who will run his business, in picking the people who will regulate his business!"

Boykin said Trump's actions since becoming president-elect show he's making a mockery of his pledge to clean up Washington, as it increasingly seems that he will use the office of the presidency to enrich both himself and his family.

"How much more corruption does it take before the American people wake up and realize he's not going to drain the swamp?" Boykin asked. "He is the swamp!"