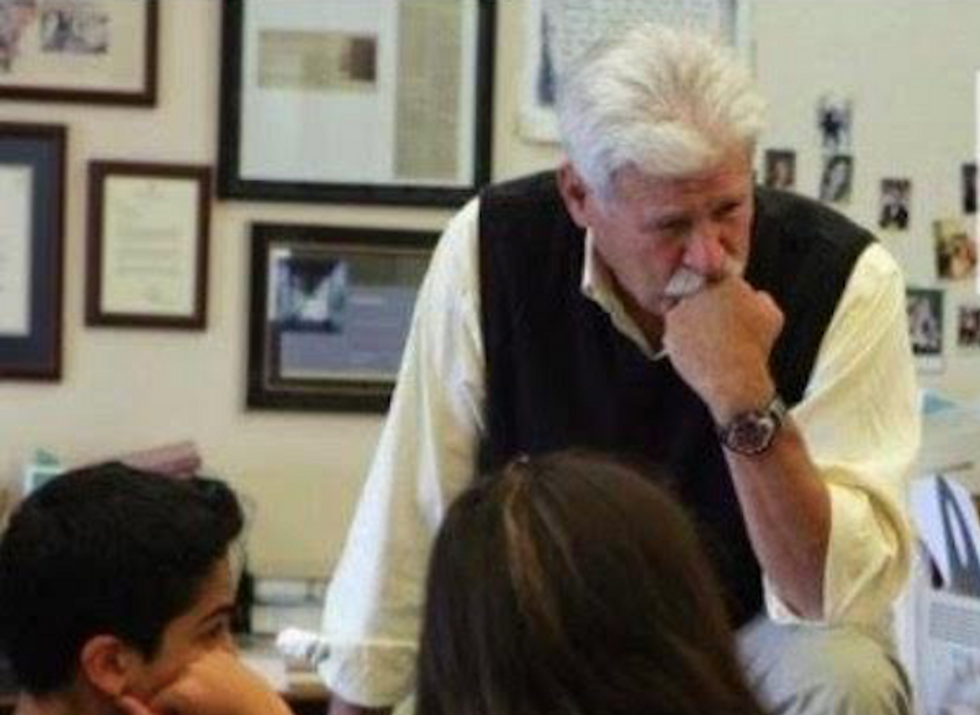 A Bay Area history teacher was suspended from teaching on Thursday over a lesson in which he examined parallels between the rise of Trump and German Nazi dictator Adolf Hitler.

The Monterey Herald said that Mountain View High School placed teacher Frank Navarro on paid leave after a parent complained in an email about the lesson and statements that Navarro made in class.

Navarro -- a 40-year classroom veteran and expert in Holocaust studies -- said, "This feels like we’re trying to squash free speech. Everything I talk about is factually based. They can go and check it out. It’s not propaganda or bias if it’s based on hard facts.”

The school district, Navarro said, would neither reveal the contents of the complaint email nor go over the lesson plan with him to determine what the parent found problematic.

Mountain View/Los Altos High School District Superintendent Jeff Harding told the Herald that Navarro was originally suspended through Wednesday, Nov. 16, but he could return to the classroom as early as Monday.

“We are interested in getting Frank back in the classroom ... we’re just trying to maintain our due diligence,” Harding said. “We have a heightened emotional environment right now with the election. It’s always a challenge to maintain a line in a classroom.”

Mountain View High School's newspaper, the Oracle said that some of Navarro's students that his lessons were "one-sided" and that he used language that Trump supporters would find offensive. Other students have defended the 65-year-old teacher, who has won multiple awards for his studies of the Nazi Holocaust.

“I said (to school officials), ‘I’m not pulling these facts out of my hat. It’s based on experience and work and if I’m wrong, show me where I’m wrong.’ And there was silence,” Navarro said.

Navarro is Mexican-American, born and raised in Oakland. He said that his Latino students have felt vulnerable and fearful in the wake of Trump's campaign.

“I’ve had Mexican kids come and say, ‘Hey, Mr. Navarro, I might be deported,’” he said. “Is it better to see bigotry and say nothing? That’s what the principal was telling me (during our conversation). In my silence, I would be substantiating the bigotry.”