'How many black kids need to be murdered?': Fox panel explodes over Black Lives Matter protests 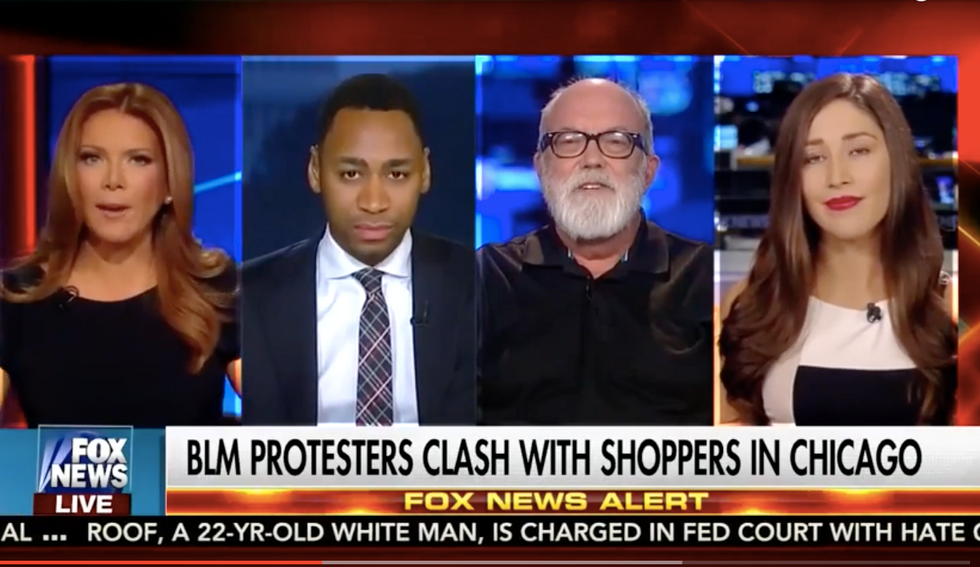 A Friday afternoon panel on Fox News got heated when the panel's token liberal objected to how protests by Black Lives Matter are being covered by most U.S. media.

According to Mediaite, anchor Trish Regan was joined by conservative attorney Christi Kunzig and Republican strategist Gianno Caldwell and labor advocate Stewart Acuff, formerly the organizing director of the AFL-CIO.

Black Lives Matter and other rights group held a massive demonstration in Chicago on Friday. Kunzig and Caldwell dismissed BLM as unfocused and naïve.

These protests, tutted Caldwell "lack real policy prescriptions" and the panel agreed that by slowing down business, the protests are actually hurting the community's economy.

Caldwell said that he is from Chicago and familiar with the struggles of the people there, but we should bear in mind, he said, "I want everybody to think about this number because this is an important number: Forty-seven percent is the representation of black people between the ages of 20 and 24 years old. Those folks are largely unemployed."

He went on to say that while BLM has proceeded largely without a policy agenda and that the group should perhaps be more inclusive and say, "Hey, let's bring all people to the table."

Regan said, "Well, you're getting back to the root issue, which is that all lives matter, not just black lives matter. We should bring everyone into this equation."

"Torture, forced confessions, police beatings," he began to list before Regan interrupted him, forcing him to say, "Oh, come on, let me finish!"

"Police officers right now are the ones that are struggling," said Regan.

"Oh, come on!" Acuff shot back. "How many black kids need to be murdered before we see that there's a problem?"