'How the f*ck did we get here?': John Oliver blasts the media for enabling Trump 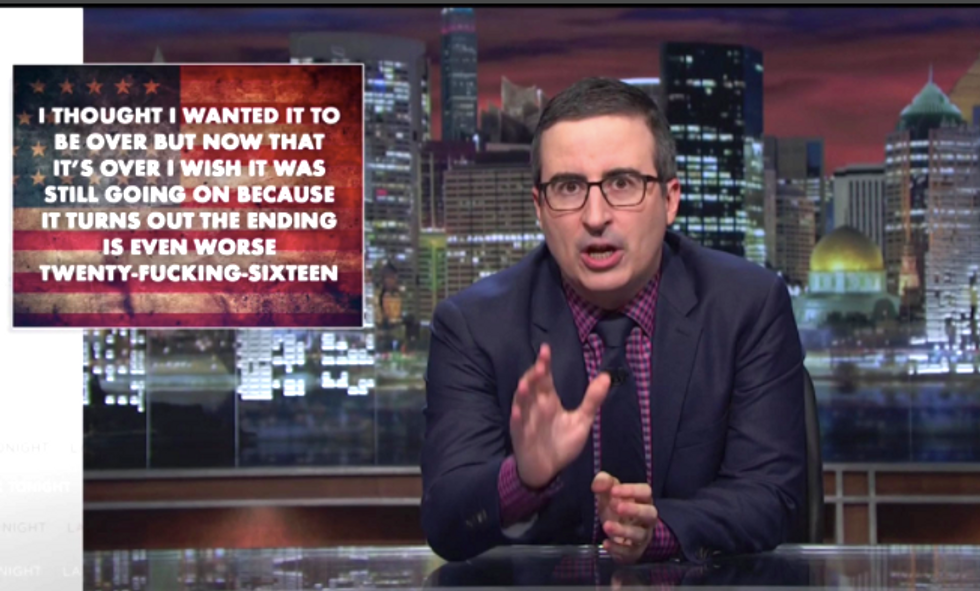 As a nation, Oliver said, "We are faced with the same questions as a guy that woke up the day after a Vegas bachelor party deep in the desert, naked, tied to a cactus and a dead clown -- namely, 'How the fuck did we get here and what the fuck do we do now?"

He went on to marvel at exactly what's happened to the U.S., saying, "A Klan-backed, misogynist internet troll is going to be giving the next State of the Union address."

To figure out what happened, exactly, he said, "We're going to be examining this for years, but tonight, let's just focus on one narrow element that may have helped bring us here, because it will be important going forward. That is our media, specifically how a system that is supposed to catch a serial liar failed."

He went on to say that he's not just referring to "mainstream media TV news" in this equation, but also Facebook and other social media, which served up untruths and propaganda continually through the campaign year.