In Ohio, a spelling error could cost you your vote 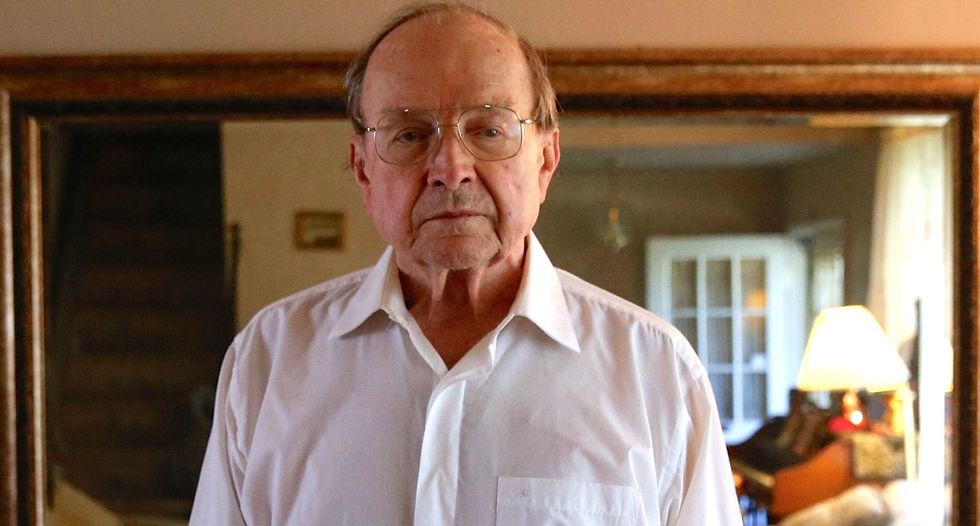 Voting is no easy task for Roland Gilbert. The 86-year-old retired Ohio lawyer, who is legally blind, completes his absentee ballot with help from a machine that magnifies the print.

So the registered Democrat was not completely surprised to learn he had made an error in filling out his 2014 ballot, entering that day's date in the birthdate field.

What surprised him was that it cost him his vote. Local election officials rejected it because it did not perfectly match his registration information on file.

Laws passed by the Republican-led Ohio state legislature in 2014 require voters to accurately fill out their personal information on absentee or provisional ballots or they will be rejected - even if the votes are otherwise valid. The laws are being applied in a presidential election for the first time this year.

A Reuters analysis found that where a voter lives can determine whether their provisional or absentee ballot counts in Ohio. The law requiring a perfect match on information such as name, address, birthdate, signature and ID number has been enforced unequally county to county, federal data and court documents show, with local officials sometimes using wide latitude in applying the standards.

The disparity could hurt Democrats in Ohio, a vital battleground in the Nov. 8 election between Republican Donald Trump and Democrat Hillary Clinton. The 14 Ohio counties with the most restrictive enforcement accounted for 53 percent of Ohio's total vote in 2012 and gave Democratic President Barack Obama 60 percent of the votes he won in Ohio.

More than half of the provisional and absentee votes discarded for minor errors in 2014 came from five large, Democratic-dominated urban counties: Lucas, home to the city of Toledo; Cuyahoga, which includes Cleveland; Franklin, home to the state capital, Columbus; Summit, which includes Akron, the fifth-largest city in the state; and Hamilton County, home of Cincinnati.

While the number of votes rejected for technical reasons was small in the 2014 congressional election, when nearly 3,000 absentee and provisional ballots were thrown out, those totals are likely to swell in a presidential election, when more people will vote.

The number of discarded ballots could go even higher in Ohio after a court ruled that tens of thousands of voters who had been purged from the state voter rolls can cast provisional ballots, expanding the possible pool of disputed votes.

A provisional ballot is used to record a vote when there are questions about a voter’s eligibility. Election boards, split evenly between Republicans and Democrats in Ohio, then examine the provisional ballots to determine if the vote should count.

"There are going to be thousands of indisputably registered and eligible voters in Ohio who are going to be disenfranchised solely because they made trivial, immaterial errors and omissions on forms," said attorney Subodh Chandra, who has led a court challenge to the laws on behalf of a homeless coalition and the Ohio Democratic Party.

A federal district judge threw out the provisions requiring a perfect match on personal information as discriminatory earlier this year, but most were later restored by the 6th U.S. Circuit Court of Appeals. The appeals court did remove the requirement that voters accurately fill in their address and birthdate on the absentee form - any vote cast by mail or in person prior to Election Day - but kept the requirement for the other fields on both types of ballots.

The U.S. Supreme Court on Monday rejected without explanation a request for an emergency stay of the appeals court ruling that would have allowed ballots with those technical mistakes to be counted.

A spokesman for Ohio Secretary of State Jon Husted, a Republican, said the 2014 laws were aimed at finding a balance between making it "easy to vote and hard to cheat" and that officials were striving to be more consistent in the law's application. The office has issued a directive that mistakes in the address and birthdate fields of provisional ballots should not be the sole basis for rejection if a board can still identify the voter.

Chandra and other critics say the Ohio laws are aimed at low-income and minority voters who move more often and have less flexibility with schedules, making them more likely to cast absentee or provisional ballots. They also are more likely to back Democrats.

"It's a clever scheme to shave off Democratic votes," said Chandra, arguing the laws create a modern-day literacy test by requiring voters to read, write and understand voting forms without making any errors or leaving out information.

Republican backers of the Ohio law reject the claims of racial or partisan bias.

"It is just nonsense," said Ohio State Senator Bill Coley, lead sponsor of one of the bills. "We aren't trying to disallow their ballot, we are trying to make sure that every ballot that is cast was cast by an actual registered voter and you are cutting down on opportunities for shenanigans."

"We are not allowed to do anything other than what the law says," said David Payne, deputy director of the Franklin County Board of Elections. "We can't be arbitrary."

In Democratic-leaning Lucas County, the elections board rejected an absentee ballot in 2014 because the street name was misspelled as “Cuthberth” rather than “Cuthbert,” according to evidence presented in the lawsuit.

Many smaller, heavily Republican rural counties did not reject any ballots for those reasons. In Wyandot County, ballots examined for the lawsuit found officials approved ballots without a valid street address, city or zip code, a wrong or missing birthdate, or a misspelled name.

Election officials in rural, Republican-leaning Adams County are also more likely to forgive voters who make a mistake. "If there is an opening and they can help the voter out, that's the way they will go," said Mary Fannin, director of the county's board of elections.

The battle over the Ohio law is just one of several voting rights disputes complicating election forecasts in the state. In the last year, courts have also allowed the state to eliminate a period of early voting, known as Golden Week, when voters could register and cast a ballot on the same trip - a convenience that has been popular with minority voters.

"People should not have to jump through all these hoops to get their votes counted in Ohio," said Ohio Democratic Rep. Kathleen Clyde.