Joy Behar wants Trump to get out of New York City: He should just work out of Moscow 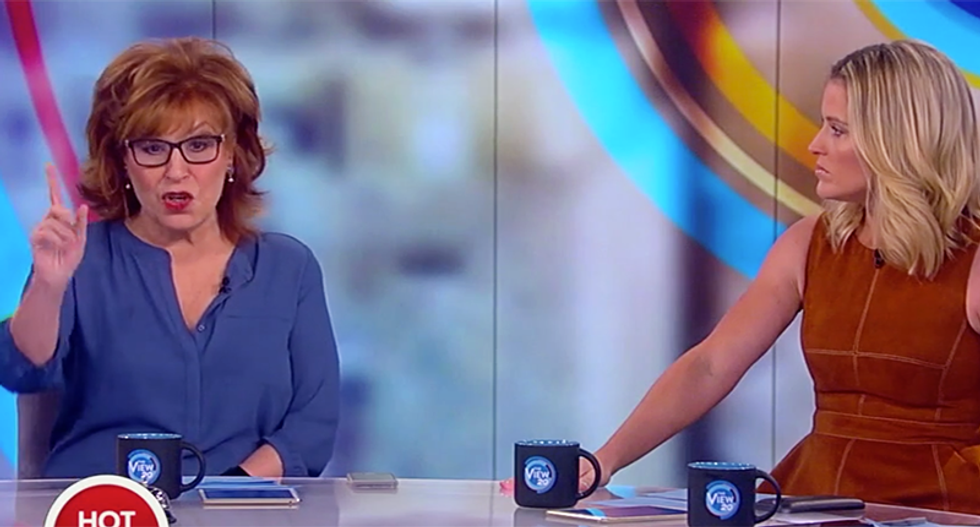 The ladies on "The View" are furious that Donald Trump is causing traffic problems in New York City and they're not letting up.

"Today I'm on a little bit of a rant," co-host Whoopi Goldberg said at the top of the show. "Because it took me about seven hours to get to work this morning, because President-elect Donald Trump has his mid-town Manhattan apartment and it's on permanent lockdown. You need to take your behind to Washington! You wanted the job! Go on and go to Washington!"

Goldberg explained that the city is already a tourism hub, especially during the holidays when people want to see the Christmas tree at Rockefeller Plaza, St. Patrick's Cathedral and other spots in the city. Protesters flocking to Trump Tower are also adding to the mess.

Co-host Sarah Haines explained that New York City is one of the most populous cities in the country and isn't built to withstand this kind of security. Washington, DC, however, is built to navigate motorcades as well as protesters and the city is accustom to dealing with both more efficiently.

"He needs to go where people like him," co-host Joy Behar suggested. "Moscow! That's a good spot."

"What other president has lived in the town he was hanging out in?" Goldberg asked. "None. They all go to Washington. GO!!" she shouted at Trump.

The gridlock is so terrible that Goldberg said that she left her house at 6 a.m. and didn't get to the office until after 9 a.m.

The ladies also talked about the trouble the Trump transition team has been going through. Behar couldn't believe Ivanka Trump was hawking her gold bracelet on CBS like it was QVC. Haines was concerned about the anti-LGBT leanings of the transition team.

"I didn't really think deeper that [VP-elect Mike] Pence, at one point, believed in conversion therapy, which I'm fiercely against. So I'm hoping to see some assignments that can reaffirm me that my beliefs will be represented," Haines said.