Kellyanne Conway: 'America appreciates that Trump and his family made enormous sacrifices' 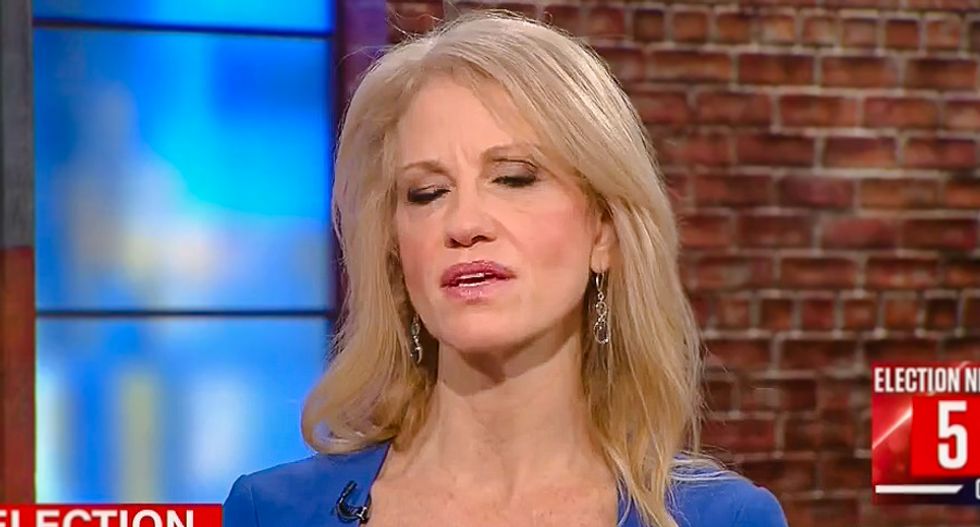 Kellyanne Conway argued on Thursday that Americans were voting for Donald Trump because they are thankful for the sacrifices he has made for the country by running for president.

"Donald Trump is closing with a positive message," Conway explained to CNN's Chris Cuomo. "He's talking about his love for the country, his love for the people, what he's going to do to help them solve everyday problems. And Hillary Clinton, unfortunately, has gone lower and lower. They're going totally negative."

"Female voters especially don't like that," she insisted. "They feel they deserve and should be respected to have a substantive conversation."

According to Conway, voters are attracted to Trump because he is "incredibly gracious and really funny."

"And he's doing this for all the right reasons," she continued. "I mean, I think people will look back at this campaign -- particularly after he wins on Tuesday -- and they'll say, we totally missed how much America just appreciated... how much America appreciated the fact that he and his family made enormous sacrifices to run for president."

The campaign manager opined that Trump is "seeing the cesspool that's become of the Clinton campaign and realizing this just not what people want."

"I mean, this is not the Democratic Party that you and I grew up in, Chris," she told the CNN host. "It has gone so far to the left, I can't even reach my hand out and touch it."