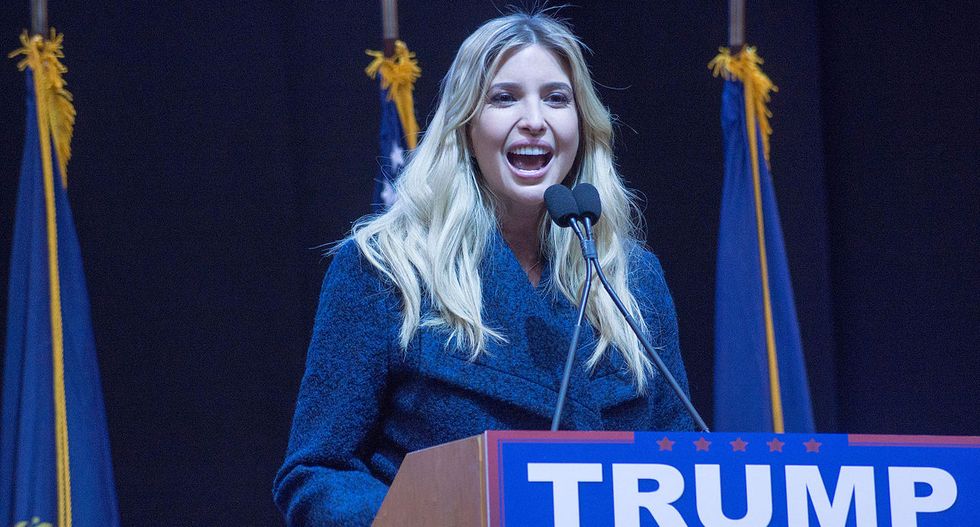 According to a representative for Shoes.com, the website dropped her products because they “were not selling well." Cleveland.com reports the move was a response to the #GrabYourWallet campaign that encourages consumers to boycott businesses selling Trump products.

In early October, marketing strategist Shannon Coulter compiled and circulated a list of businesses selling Trump products, targeting stores like Macy’s, Amazon, and Nordstrom. According to Cleveland.com, shoes.com was originally on Coulter's list, but has since been removed since dropping the Trump brand.

Trump responded to the boycott late last month, touting her brand’s “advocacy for women” and insisting “tens of millions of American women” are “inspired” by her line of shoes, clothes, handbags and more.

“I never politicized that message,” Trump told Good Morning America. “People who are seeking to politicize it because they may disagree with the politics of my father, there’s nothing I can do to change that.”