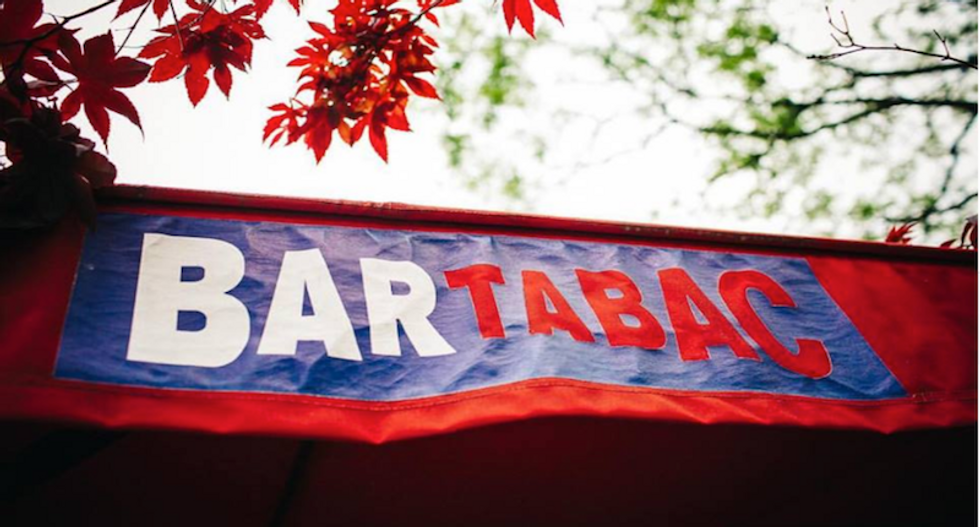 Less than a week since the 2016 presidential election and there have been nearly 200 reported instances of violence across the country, enacted by Trump supporters who have been emboldened by his victory.

On Saturday, a man punched a woman in the face at Bar Tabac in Brooklyn, New York, reportedly because she was critical of the President-Elect, DNA Info reports.

The man and woman were seated near each other at the bistro. Gothamist reports that the woman, who was only described as in her 40s, was seated with friends. Supporters of Democratic nominee Hillary Clinton, the women were discussing the election and expressing critique of the President-elect.

The man, a Trump supporter, reportedly started arguing with the group of women. The women then requested to move tables, but the Trump couple was moved to seating across the room.

Blake Drost, who works at the bar and spoke with staffers and customers who witnessed the assault told Gothamist, "This is a packed Saturday night—it’s not like we’re keeping tabs on everybody—but as far as we know everything is going perfectly. The couple finishes, gets the check, and leaves."

He continues, noting how after the couple left, "the guy runs back in, past four or five tables, and punches this woman square in the face, then runs out."

Jonas Leon, a manager who was working on Saturday night told the Brooklyn Paper, "The guy came back almost running, and he started pushing some customer and the high-chair next to him with the baby because he couldn’t reach the girl. Then he punched the girl."

The man reportedly yelled, "You don’t know who I am!" He then got into his car and drove off. No arrests have been made at this time.

One woman named Katie Freeman recounted to the Brooklyn Paper, "I went up to [the victim] and she just held me and started sobbing and said ‘What is happening? I just got assaulted.'"

Bar Tabac wrote the following in a statement on their Facebook page on Monday:

We at Bar Tabac do not condone violence of any type or manner, especially in our own establishment; to the tough guy who assaulted a female patron of ours on Saturday night over a political conversation: Once the law is done with you, do not come back to Bar Tabac (this includes your partner). At a point in this nation when tensions are highest we need to come together now more than ever, we apologize to any customers who had to witness this vulgar outburst. - Bar Tabac #respect#respectothers#respectyourself

Dorst, who wrote the post, said he would have preferred to be more "forceful" with his statement.

He said, "The first draft of that post i [sic] wrote was much more aggressive, to say the least. We can’t be biased here, but we can’t condone any violence. It’s shameful behavior. I’m quite shocked that this happened [in] one of the most liberal neighborhoods around."