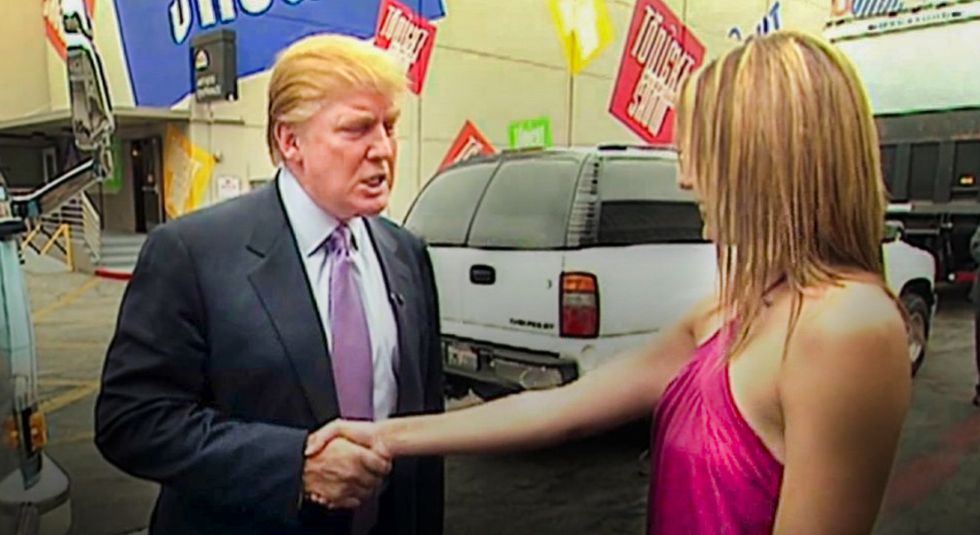 A University of Georgia student told police that a man threatened to sexually assault her, justifying himself with the words of President-elect Donald Trump: "Grab them by the p*ssy."

The Athens Banner-Herald reported on Wednesday that the UGA student said she was at a Waffle House when she heard white men in a booth behind her "making racial comments about Mexicans."

According to the account in the police report, one of the men said that “he was going to grab (the student) by the p*ssy.”

In an Access Hollywood tape that was leaked during election season, Trump could be heard using the same words while bragging that he could grope women because he was famous.

The men at the Waffle House in Athens, however, denied that the UGA student was threatened with sexual assault.

The suspect told police that “he was having a having a conversation about the president-elect, Donald Trump, and (the student) may have taken offense.”

The head of a domestic violence prevention agency in Athens pointed out to Banner-Herald that the threat was a form of verbal assault.

“When someone hears words like that directed at her it creates a conflict for them,” Project Safe Director Joan Prittie said. “On one hand they may say to themselves I should be OK because it’s just words, but on the other hand it can be quite traumatizing because they continue to think about it are looking over their shoulder.”

“I’m not really surprised it happened,” she added, “but I am surprised that the same words that Trump used were used against her.”

Jackson Katz, co-founder of Mentors in Violence Prevention, told the Huffington Post that he expected an uptick in violence against women because the president has historically been a role model for men.

“We elected a man who is openly misogynistic, who has a decades-long public life of ridiculing, belittling and sexually objectifying women,” Katz explained. “The fact that we have lifted him up to be the president makes a powerful statement about our society and what we accept.”