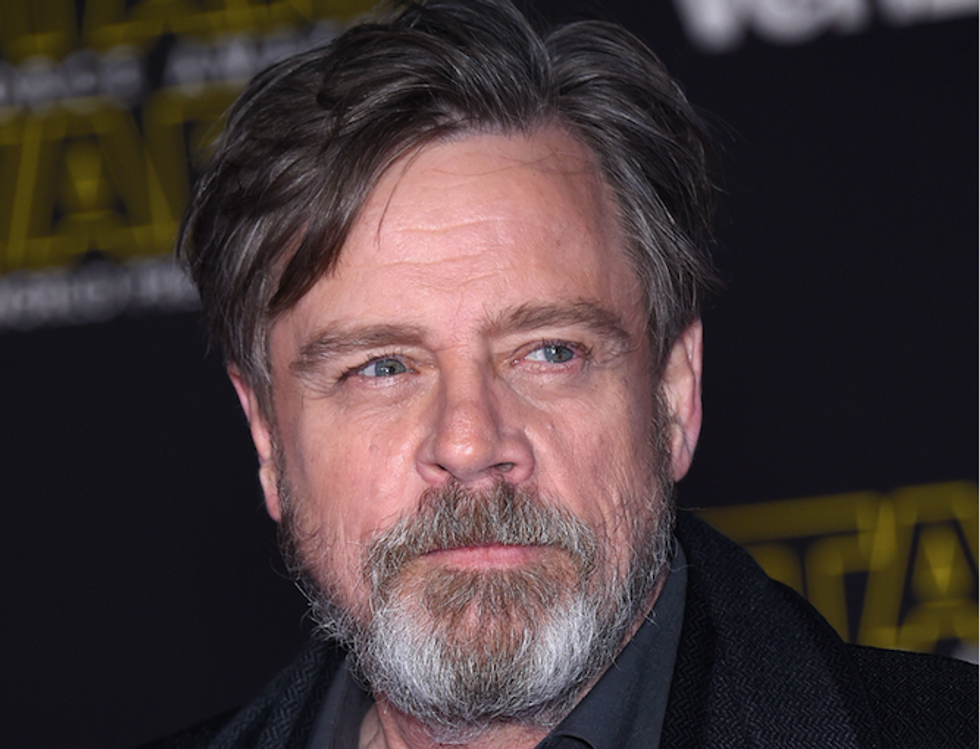 Actor Mark Hamill -- most famous for his role as Luke Skywalker in the Star Wars movie franchise -- said in an interview that the names of President-elect Donald Trump's cabinet appointees reads like a "who's who of really despicable people."

Hamill made the remarks in an interview with The Daily Beast that was published Sunday and in which he admitted that it's "tempting" to flee the country and move to Canada.

“I’m in total denial,” Hamill told the Beast's Melissa Leon a week after Election Day. “I’m glad I have [new show Pop Culture Quest] to take my mind off what’s going on. Because if you look at what’s being assembled for our government it’s like, yikes. It’s a who’s-who of really despicable people.”

Leon noted that the list of candidates floated for positions in a Trump administration "has dredged up names associated with extreme anti-Semitism, racism, and homophobia."

Hamill said that he understands why many in the country are struggling after Trump won.

“It’s tempting to say, ‘Well, I’m moving to Canada, I can’t stand it,’” he said. “But in other ways, it’s a challenge to stay and defend your country and do what you think is right and not retreat and hide under the covers. It’s not gonna be easy, that’s for sure.”

Hamill -- a Democrat -- said that “half the people in the country are thrilled and delighted and half the people are disgusted, repulsed, and embarrassed.”

Last year, Hamill addressed a gay fan on Twitter, telling him that the character Luke Skywalker could be gay, that his orientation is "never addressed" in the films. The actor said he feels for kids who are trapped in situations where they aren't free to be themselves.

“As the recent election showed us, you realize that you’re probably in a minority when you thought you were in the majority in terms of what you consider normal and okay…But it’s like a drop in the ocean. You do what you can and keep your fingers crossed. I always say [to those kids], hang in there, it gets much better. You won’t believe the difference when you move out of Oklahoma and to New York," he said.