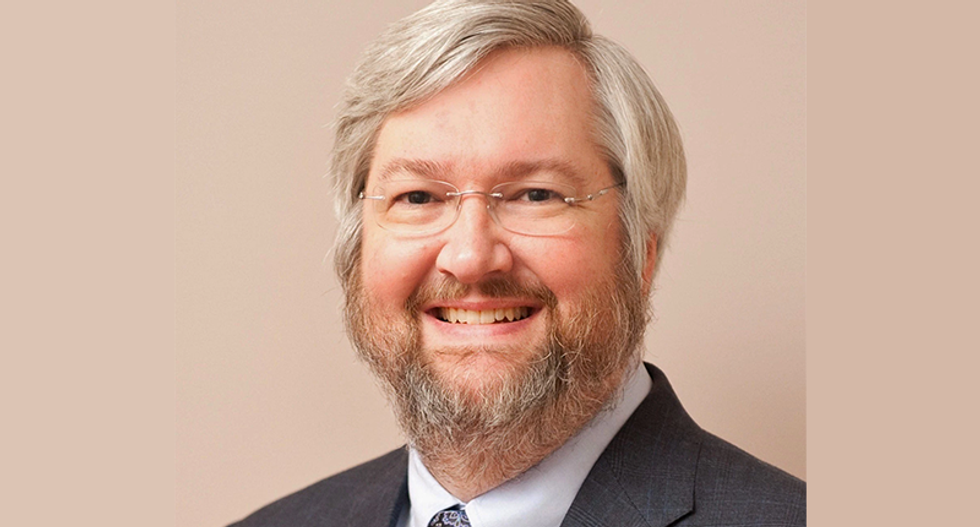 As AlterNet reported, the FBI on Sunday suddenly reactivated a long-dead Twitter account whose purpose is to announce the release of FBI documents obtained by members of the public under the Freedom of Information Act. Amid a flurry of ho-hum releases (including the Bureau's own ethics handbook) over the next two days, two stood out: a nothing-burger on Fred Trump, the father of the Republican presidential nominee; and heavily redacted documents from a 15-year-old closed investigation into President Bill Clinton’s pardon of financier Marc Rich, and the William J. Clinton Foundation.

This took place just as Hillary Clinton, the former first lady, entered the final round of her bout against Donald Trump. Jonathan Hutson, a Maryland-based communications consultant, smelled something fishy.

The @FBIRecordsVault Twitter account sprang back to life as FBI director James Comey took heat from Democrats (as well as politicians across the political spectrum) for sending a vague letter, just 11 days before the presidential election, to the chairmen of eight congressional committees, informing them his agents had found emails on a computer belonging to Anthony Weiner, the estranged husband of Clinton aide Huma Abedin, that might be pertinent to the investigation of Clinton’s use of a private email server during her tenure as secretary of state.

While many on Twitter and in the political-punditsphere took umbrage at what looked like an attempt to insert a negative narrative about Clinton into public discussion just days before the election, Hutson decided to take action, registering a citizen’s complaint with the FBI. Candice Will, assistant director of the FBI Office of Professional Responsibility, responded to Hutson’s complaint, confirming that she has referred the matter to the Bureau’s Investigation Division, which will deliver its findings to her office for adjudication.

To Hutson, who has a law degree from New York University, the November 1 tweet and the timing of the release of the documents about the pardon appeared to be a violation of the Hatch Act, the 1939 law that bars government agencies and their employees from acting to affect the outcome of an election.

“I saw on Twitter that the @FBIRecordsVault had suddenly awakened a week before the election, after a year's dormancy, and started tweeting biased and incomplete information a week before the election,” Hutson told AlterNet via email. “So as a concerned citizen, I filed complaints with the U.S. Department of Justice's Inspector General and with the FBI's Office of Professional Responsibility.”

In Hutson’s letter to Wills, he described the materials released by the @FBIRecordsVault account:

[A]t 4:00 a.m. Eastern on October 30, 2016, within two weeks of a presidential election, this FBI Twitter account began tweeting documents relating to Fred Trump, the father of Donald Trump, in which Fred is falsely characterized as a "philanthropist" although the FBI records and public records do not support this unfounded but flattering characterization. On the other hand, the FBI did not release any records on the federal lawsuit against Fred Trump for housing discrimination against people of color in New York. This is the same Fred Trump who had reportedly been arrested at a Ku Klux Klan rally.

On the same date, again at the unusual hour of 4:00 a.m., this FBI Twitter account tweeted documents which portrayed presidential candidate Hillary Clinton in a negative light.

Then again, less than one week prior to the presidential election, at noon Eastern on November 1, 2016, in violation of Department of Justice guidance and policy against making public statements that might unfairly influence the electorate within 60 days of an election, and in possible violation of the Hatch Act, @FBIRecordsVault tweeted records of decade-old, debunked William J. Clinton Foundation scandals and records of President Clinton's 2001 pardon of Mark Rich where no wrongdoing had been found in an investigation that has been closed.

The William Clinton Foundation records linked from the tweet do not indicate that there had been no indictment and no finding of any wrongdoing in this closed case. This incomplete nature of the records posted without proper context convey a false and unfair impression that there is some reason for a cloud of suspicion to linger over this matter which has been resolved for more than a decade.

“I found it ironic, significant, and revealing that at the same time, @FBIRecordsVault tweeted the ethics handbook banning FBI employees from interfering or affecting the outcome of elections,” Hutson, a former investigative reporter, told AlterNet via email. “So they knew perfectly well that there was a clear appearance of impropriety in issuing biased tweets even as the FBI director faces criticism for his unprecedented actions on the eve of a presidential election. Why would they do that?”

As noted by ThinkProgress, the decision by the FBI’s Candice Will to refer the matter for investigation runs counter to the flippant statement the Bureau released in response to the initial outcry against the documents dump. In that statement, FBI officials asserted that the resurrected Twitter account was simply conducting routine activities in regard to documents released via FOIA. “Per the standard procedure for FOIA, these materials became available for release and were posted automatically and electronically to the FBI’s public reading room in accordance with the law and established procedures.”

The statement does not address the standard procedure for publicizing such releases via the @FBIRecordsVault account. Now, the FBI’s own internal watchdogs will determine whether the timing of the tweets was in violation of the Hatch Act or Justice Department guidelines—and who made the decision to reactivate the Twitter account.