Michael Moore: Men better get ready for President Hillary because their '10,000 year reign is over' 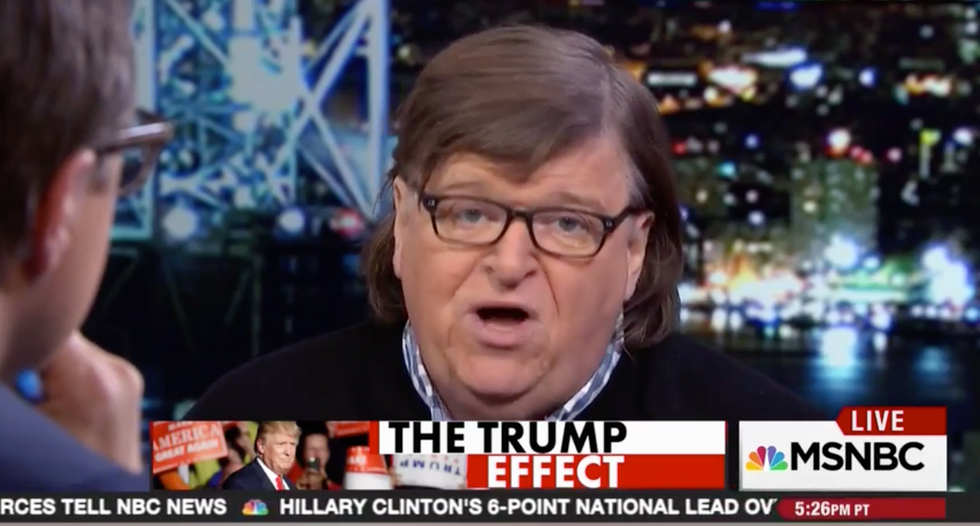 Filmmaker Michael Moore had some important words for men across the country on Tuesday.

After President Obama spoke at a Clinton rally in Ohio on Tuesday and called on men to ask themselves why they might take issue with a female president, Moore echoed the President's important words.

Obama asked men to question their discomfort, suggesting that negative feelings specifically over a female in a leadership role shouldn't come down to the fact that they're just not used to it.

Moore joined MSNBC anchor Chris Hayes on Tuesday night to speak about the President's remarks. When considering why men are so opposed to Clinton due to their sexism, Moore said, "It's the muscle memory of 10,000 years that's in our DNA where we've run the show forever."

"Next Tuesday possibly, hopefully, a woman is going to lead the most powerful country on earth," Moore says. "In other words, the 10,000 year reign is over."

Hayes responded that Moore might be oversimplifying the situation when it comes to gender, but Moore shot back quickly. "Let's just be honest with men of our own gender here," he said, laughing, "Guys have got about a week to wrap their heads around the fact that Hillary Clinton is going to be President of the United States."

Experts have cautioned that white male conservatives might lose it over a Clinton win next week, and, in other words, may fight to keep their reign.

Check out Moore's full remarks below.