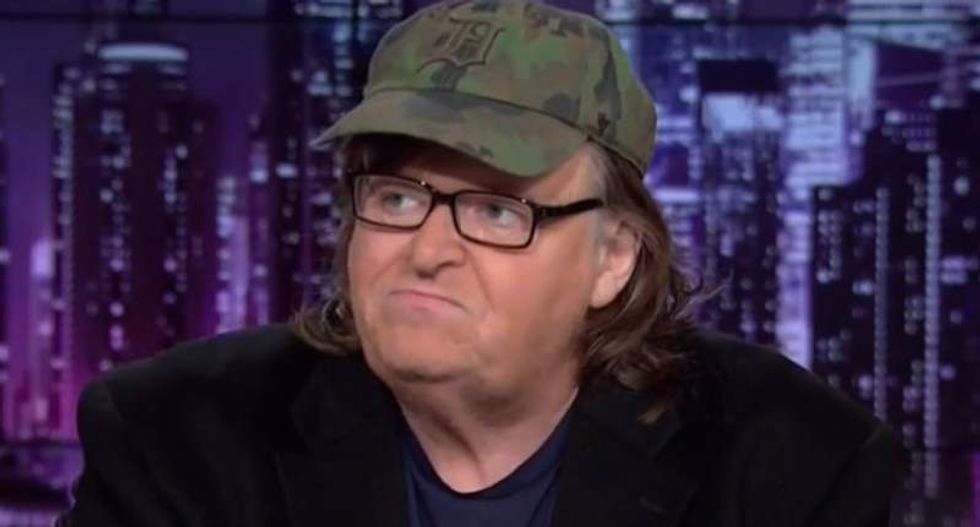 Filmmaker Michael Moore appears on 'The Last Word' on May 11, 2016. (DailyMotion)

Donald Trump's election to the presidency is truly frightening -- but filmmaker Michael Moore actually predicted Trump's victory, and his voice bears hearing on the day after.

In a Facebook post on Wednesday, Moore issued his usual fiery rhetoric about fighting Republicans to the hilt next year -- but he also had some tough words for liberals who feel completely stunned by the results.

Essentially, Moore thinks that many on the left are out of touch with their fellow Americans -- particularly the Americans who live in rural areas who came out in droves to support Trump.

"Everyone must stop saying they are 'stunned' and 'shocked,'" he writes. "What you mean to say is that you were in a bubble and weren't paying attention to your fellow Americans and their despair. YEARS of being neglected by both parties, the anger and the need for revenge against the system only grew. Along came a TV star they liked whose plan was to destroy both parties and tell them all 'You're fired!'"

Moore also slams liberals who didn't take Trump's candidacy seriously from the start -- and said they should have immediately recognized the threat he posed.

"He was never a joke," Moore says. "Treating him as one only strengthened him. He is both a creature and a creation of the media and the media will never own that."