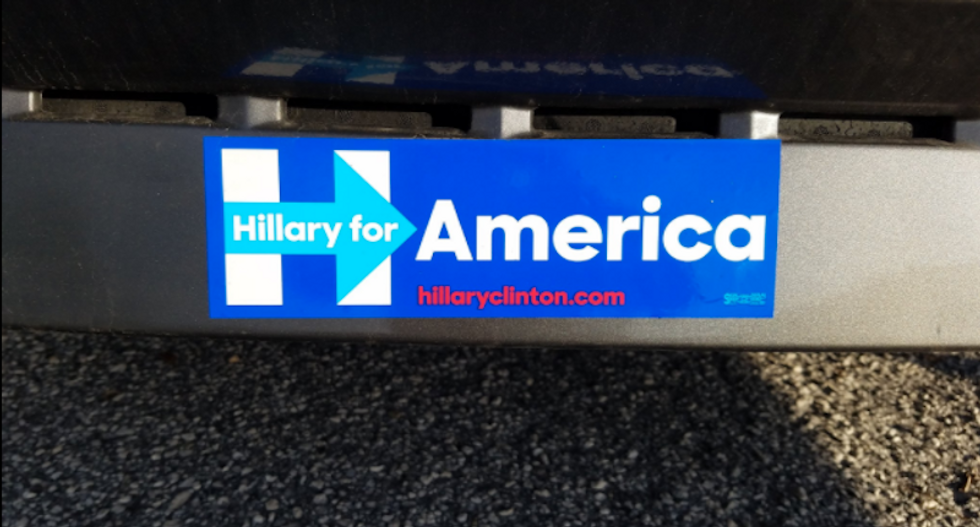 Kyle O'Brien was fired from his job at a Missoula Nissan Hyundai dealership in Montana after he posted on social media about refusing services to someone with a Hillary Clinton bumper sticker, the Missoulian reports.

According to the company's regional operations director, Nick Griffin, O'Brien posted a photo on his Facebook in which he is posing in front of a car with Clinton bumper stickers with his middle finger raised. In his post, he said he refused his services because of the bumper stickers.

Griffin said, "This employee no longer works at our dealership. We apologize for his comments as they do not reflect the business practice or the values of our business or the dedicated team of employees who work here."

"And unfortunately, one employee's views being published on Facebook do not reflect us as a team," he added. Regarding the company's decision to terminate O'Brien, Griffin said, "We just felt like it was best for the situation."

While O'Brien's post was among milder vulgar posts, it contributes to a broader culture of fear and violence that followed the 2016 election results exactly one week ago.

Across the country, Donald Trump's victory has emboldened people with bigoted views to engage in acts of violence in schools and in public spaces. Overall, these acts of violence leave all of the most vulnerable communities feeling much less safe.