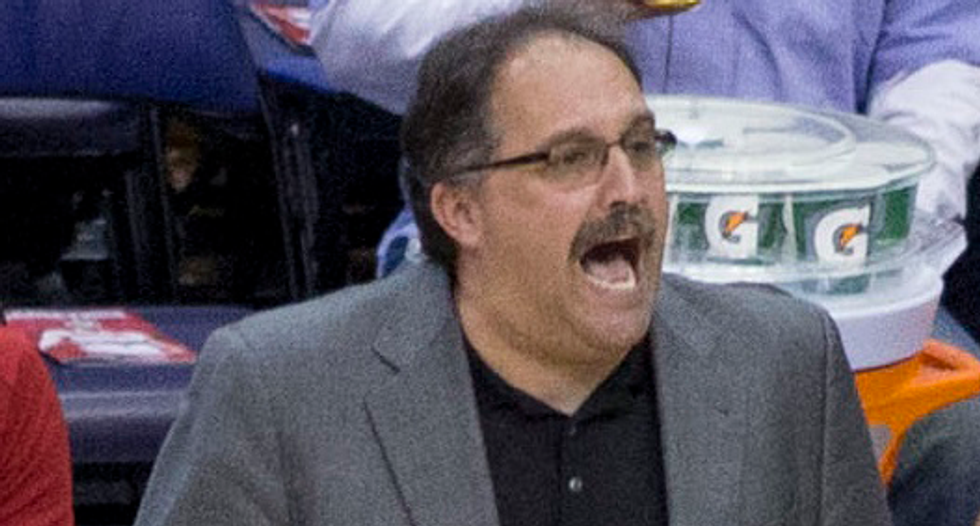 “I didn’t vote for [George W.] Bush, but he was a good, honorable man with whom I had political differences, so I didn’t vote for him,” Gundy said in a six-minute diatribe about the impact of Trump's election. “For our country to be where we are now, who took a guy who ... I don’t think anybody can deny this guy is openly and brazenly racist and misogynistic and ethnic-centric, and say, ‘That’s OK with us, we’re going to vote for him anyway.’

Gundy said the outcome threw “a good part of our population under the bus,” and took a toll on his team. “I have problems with thinking that this is where we are as a country,” he said.

Quoting Martin Luther King, Gundy said he used to believe “the arc of the moral universe is long, but bends toward justice,” but the election shook his faith in that belief. “What we have done to minorities … in this election is despicable,” he said. “I’m having a hard time dealing with it.”

“I’m not a religious guy, but what the hell Bible are they reading? I’m dead serious. What Bible are you reading? And you’re supposed to be — it’s different. There are a lot of different groups we can be upset at. But you’re Christians. You’re supposed to be — at least you pride yourself on being the moral compass of our society. And you said, ‘Yeah, the guy can talk about women like that. I’m fine with that.’ He can disparage every ethnic group, and I’m fine with that.”

“It’s incredible,” Gundy continued. “I don’t know how you go about it, if you’re a person of color today or a Latino. Because white society just said to you, again—not like we haven’t forever—but again, and emphatically, that I don’t think you deserve equality. We don’t think you deserve respect. And the same with women. That’s what we say today, as a country.”

“We should be ashamed for what we stand for as the United States today,” he added.

Listen to the full audio below, via the Detroit Free Press: