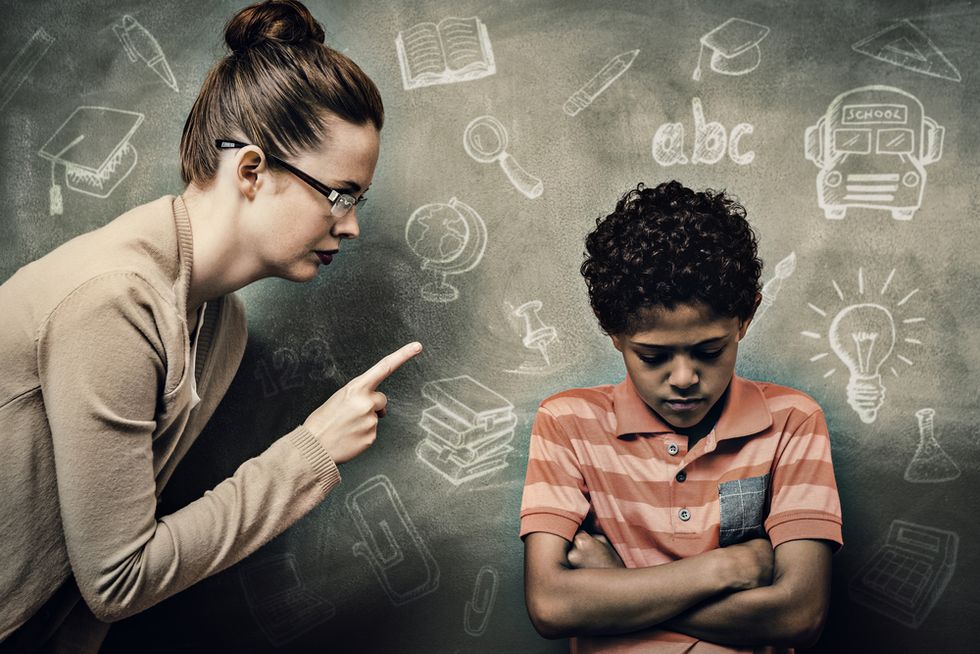 Education doodles against teacher shouting at boy in classroom (Shutterstock).

A substitute pre-Kindergarten teacher has lost her job after posting a hateful rant about "n*ggers" on her Facebook page.

The Democrat & Chronicle reports that the Children's School of Rochester has fired substitute teacher Cassandra Elizabeth Sutton after discovering that she wrote on Facebook that she "caught a n*gger" who was allegedly "armed and hiding behind the shed in my neighbor's back yard."

She then went on to wonder "why I don't ever see white males committing crimes on my street" while describing in the past catching some "hood rat n*ggers breaking into my neighbors (sic) car."

At the end of the post, she threw up a slew of hashtags to indicate that she's actually not a racist, including one that read "#BlackPeopleAreFineN*ggersArentBIGDifference," as you can see in the screen cap below. 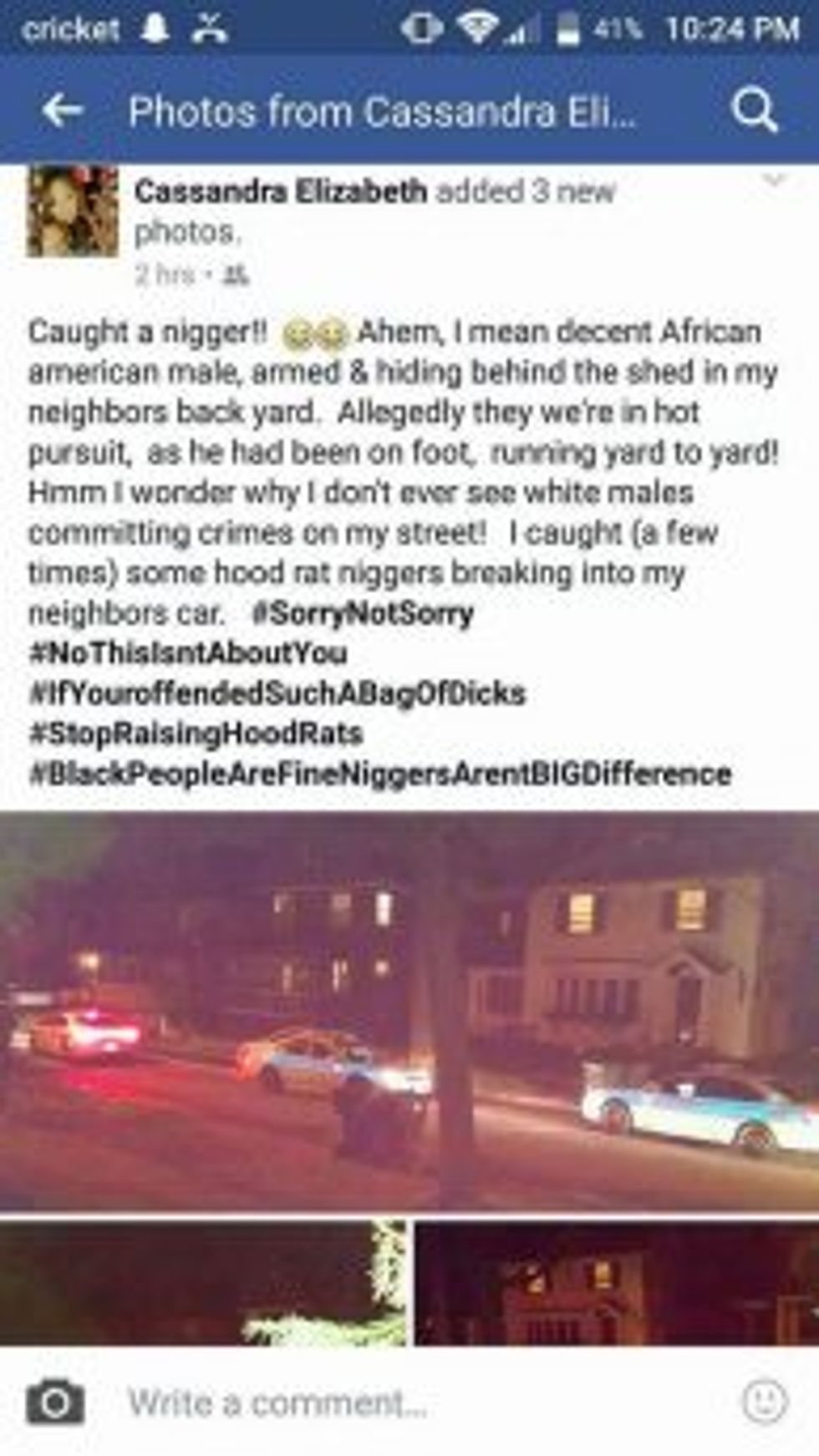 "She was immediately terminated as soon as we saw the posting," Children's School of Rochester Principal Jay Piper told the Democrat & Chronicle. "We pride ourselves on our diversity. They were very offensive and hurtful remarks."

TES Staffing, a staffing agency that connected Sutton with the school, also said that it would no longer employ Sutton after her racist rant.