NPR’s Cokie Roberts: The only thing that can help the GOP win the Latino vote is birth control 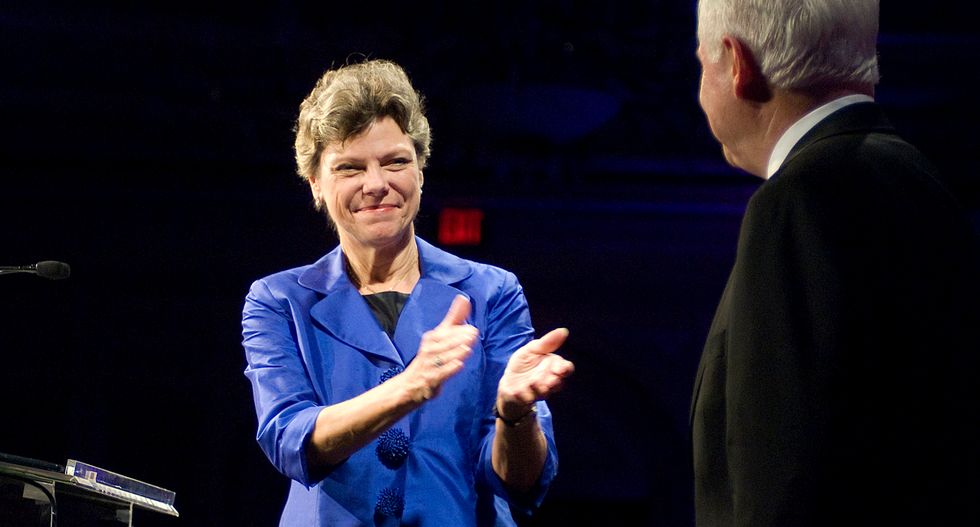 NPR commentator Cokie Roberts Monday joked that “birth control” would be more effective than tougher immigration laws in producing a Latino vote in favor of the Republican Party.

In a conversation with host Steve Inskeep and Fox News commentator Tucker Carlson on NPR’s “Politics in the News,” Inskeep pointed to recent surge in Latino early voting asking if they will “be the ones that actually decide this election.”

Roberts said it will be “very significant” if Latinos “bring Hillary Clinton over the top” in states like Florida and Nevada, adding that outcome is a “reason for the electoral college.”

“You wouldn’t be paying that much attention to Latinos nationwide, they’re only about 12 percent of the vote,’ Roberts said. “But in states like Florida, Nevada, Texas, Arizona, it’s a much higher percentage and—clearly—there’s been a tremendous organization to get them voting and that's a direct result of 'build the wall.’”

Carlson argued that once Texas stops being a solid Republican state, “it’s over, there are no more national elections,” insisting the electoral college will  overwhelmingly vote Democrat and “there’s really no need for a presidential election anymore.”

“If [the Texas] vote is within three or four percent, that’s really ominous for Republicans,” Carlson continued. “You can draw your own conclusions about they ought to respond to that, whether we ought to tighten immigration or they ought to win more Latino votes, or whatever.”

"Well, immigration wouldn't do it," Roberts said. "You'd have to do birth control to make it useful to Republicans.”

Responding to backlash on Twitter, Roberts insisted she meant “there are already millions of wonderful Latinos in the country.”

Folks, folks, folks! If course you have it wrong. I meant that there are already millions of wonderful Latinos in the country. Thank heaven!
— Cokie Roberts (@Cokie Roberts) 1478533090.0

Listen to the audio below, via NPR.