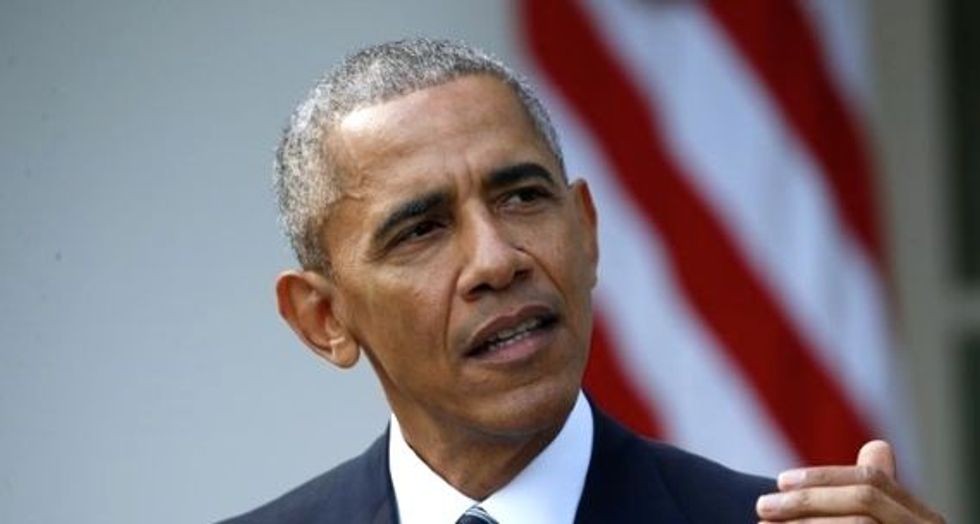 U.S. President Barack Obama delivers a statement the morning after Donald Trump was elected as the next U.S. president in Washington, U.S., November 9, 2016. REUTERS/Kevin Lamarque

U.S. President Barack Obama's administration has suspended its efforts to win congressional approval for his Asian free-trade deal before President-elect Donald Trump takes office, saying on Friday that TPP's fate was up to Trump and Republican lawmakers.

Administration officials also said Obama would try to explain the situation to leaders of the 11 other countries in the Trans-Pacific Partnership pact next week when he attends a regional summit in Peru.

Obama's cabinet secretaries and the U.S. Trade Representative's office had been lobbying lawmakers for months to pass the 12-country Trans-Pacific Partnership deal in the post-election, lame-duck session of Congress. However, Trump's stunning election victory that sends him to the White House in January and retains Republican majorities in Congress has stymied those plans.

"We have worked closely with Congress to resolve outstanding issues and are ready to move forward, but this is a legislative process and it's up to congressional leaders as to whether and when this moves forward," USTR spokesman Matt McAlvanah said in a statement.

On Wednesday, Senate Majority Leader Mitch McConnell said he would not take up TPP in the weeks before Trump's inauguration and said its fate was now up to Trump. House Speaker Paul Ryan had earlier said he would not proceed with a lame-duck vote.

Trump made his opposition to the TPP a centerpiece of his campaign, calling it a "disaster" and "a rape of our country" that would send more jobs overseas. His anti-free-trade message and pledges to stem the tide of imported goods from China and Mexico won him massive support among blue-collar workers in the industrial heartland states of Ohio, Michigan, Wisconsin and Pennsylvania, helping to swing the election his way.

Trump has said he will scrap TPP, renegotiate the 22-year-old North American Free Trade Agreement and adopt a much tougher trade stance with China.

The TPP agreement, negotiated for more than five years and signed in October 2015, was aimed at reducing trade barriers erected by some of the fastest growing economies in Asia and boosting ties with U.S. allies in the region in the face of China's rising influence.

White House Deputy National Security Advisor Wally Adeyemo told reporters on Friday that Obama will tell TPP member countries at the Asia Pacific Economic Cooperation summit that the United States will remain engaged in Asia, and that it recognizes the benefits of trade and such deals still make sense.

"In terms of the TPP agreement itself, Leader McConnell has spoken to that and it's something that he's going to work with the President-elect to figure out where they go in terms of trade agreements in the future," Adeyemo said. "But we continue to think that these types of deals make sense, simply because countries like China are not going to stop working on regional agreements."