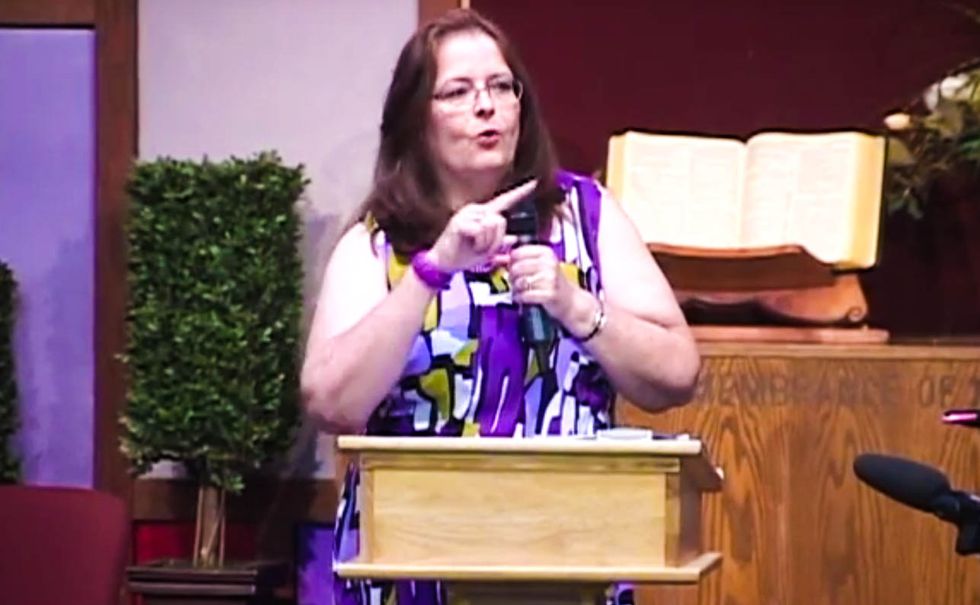 An activist from the notorious Operation Rescue anti-abortion group is bristling at assertions that she is a terrorist -- despite the fact that she was convicted of plotting to bomb an abortion clinic back in the '80s.

As Jezebel notes, Operation Rescue activist Cheryl Sullenger is very angry at Warren Hern, a Colorado doctor who performs late-term abortions, because he paid for an ad in the Denver Post that slams the Republican Party for being "allied with a violent terrorist movement that threatens the lives of women, their families and healthcare workers."

In a blog post at Operation Rescue's website, Sullenger rails against Hern's ad, and claims that he was engaging in "conspiracy theories" that bore no resemblance to reality.

"Hern’s warped perception of the work of a peaceful pro-life movement that sacrifices to aid pregnant women and provide loving alternatives to abortion – acts that he considers 'terrorism' — reveals how much Hern is deceived by his own fears and prejudices," she writes.

Sullenger is probably not the best person to talk about the peaceful pro-life movement -- in 1988, she was sentenced to three years in prison for her role in conspiring to bomb an abortion clinic in San Diego.

Additionally, Jezebel writes that abortion doctor George Tiller "was assassinated by a man who claimed to have met with Sullenger, and said she helped him track Tiller’s earlier court dates."