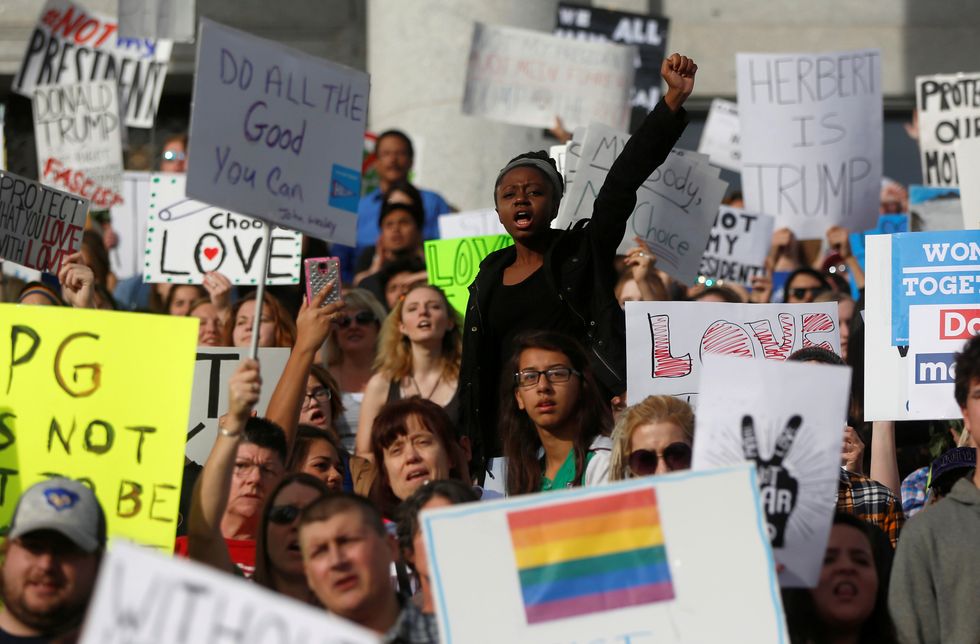 Demonstrators gather at the Utah State Capitol building in protest to the election of Republican Donald Trump as President of the United States in Salt Lake City, Utah, U.S. November 12, 2016. REUTERS/Jim Urquhart

Protests have erupted across the country since Donald Trump was elected president on Tuesday, but those may pale in comparison to the massive protests planned for his inauguration.

According to FoxNews.com, police in Washington, D.C. are bracing for "tens of thousands" of protesters to demonstrate during Trump's inauguration on Jan. 20.

On Facebook, the ANSWER (Act Now to Stop War and End Racism) coalition has started a page called "Protest at the Inauguration: Stand Against Trump, War, Racism and Inequality."

The protest is set to begin at 7 a.m. on Jan. 20 at the corner of 14th Street Northwest and Pennsylvania Ave.

"Progressive people from all over the country will be descending on Washington, D.C. on January 20, 2017 to stage a massive demonstration along Pennsylvania Avenue on Inauguration Day," said the notice.

"How one voted on election day is one thing, but even more important is whether we succeed in building a mass movement that can truly change the country, and the world," the statement went on. "Waiting for the same politicians who led to the rise of Trump to now stop him is a lost cause."

A D.C. Metropolitan Police spokesman told Fox that officers are preparing for around 30,000 protesters. The event is too far off to plan for in great detail, the spokesman said, but police will "plan accordingly."

A pro-Clinton group called "RoaRR 4 Hillary" is planning a "million-woman march" on the capital for Jan. 21.

ANSWER was founded in the wake of the 9/11 attacks and has previously drawn crowds of protesters as large as 200,000 to D.C., which took place in January of 2013 in protest of the nascent Iraq War.