Professor on watchlist of progressives: 'I will not shut up -- America is still worth fighting for' 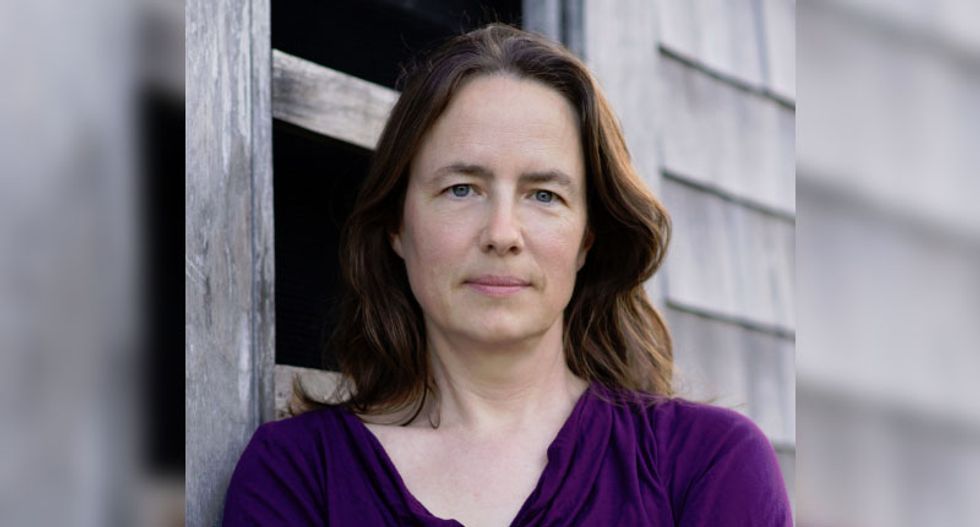 So, yes, I have the dubious honor of being on the “Professor Watchlist” — a list published recently by a young alt-right provocateur who knew that such a list would get media traction because of Sen. McCarthy’s attacks on academics during the Red Scare. I made the list not because of complaints about my teaching, but because of my public writing about politics.

It is ironic that this list would label me “leftist.” In fact, in my public life, I do not identify with a political party, and I work with politicians on both sides of the aisle. I also teach the history of American conservative beliefs, as well as those of liberalism. I believe that the nation needs both the Democratic and the Republican parties to be strong and healthy.

It is even more ironic that the list would label me “anti-American.” In fact, I do what I do — all the teaching, writing, speeches and media — because I love America. I am staunchly committed to the principle of human self-determination, and have come to believe that American democracy is the form of government that comes closest to bringing that principle to reality. This nation is not perfect — far from it — but when it is at its best, it has more potential for people of all genders, races and ethnicities to create their own destinies than any other governmental system. I work to teach people about that system, its great triumphs and also its hideous failures. We must learn from the past because the miracle of America is that it is always reinventing itself, giving us the potential to remake it, better, every day.

I am dangerous not to America but to the people soon to be in charge of it, people like the youngster who wrote this list. I teach that the American government only works when it is based on the principle that every single American is equal before the law. Since 1997, I have argued in print and in public that, throughout history, ideologically driven politicians have undermined that fundamental principle in order to shift the economy and the power structures of this country in their own favor. For the last several years, as I took on a more and more public role, I have focused on the present, hammering on the idea that the ideologically driven movement conservatives who have taken over the nation through the Republican Party are not real Republicans. They are a cabal concentrating wealth and power into a ruling class that is crushing the rest of us. I truly believe that most Americans want not this extraordinary upward redistribution of wealth and power, but rather the same sort of government known in the 1950s as the “liberal consensus,” established by FDR and Eisenhower, that regulates business, maintains national infrastructure and provides a basic social safety net, while still leaving ample room for private enterprise and the innovation it sparks.

That the only way movement conservatives have managed to stay in power is to game the system through gerrymandering and voter suppression, hatred and now the intimidation of people like me says that even they know they are in danger of losing control of the country. As a friend of mine says, a dying mule kicks the hardest.

People have asked what they can do in this moment. Across the political spectrum, I would urge everyone who believes in this nation to focus on the mechanics of government and constantly to call out official actions you would find unacceptable if they happened to “your” side, especially if it’s “your” side doing them. Call attention to law-breaking that is actionable at a state or national level, rather than focusing on individual outrages (that Russia interfered in the 2016 election is important; a keyed car is not). Do not believe or share any sensationalist stories until you have confirmed them through a site like Snopes.com, and call out those who make assertions without factual evidence. Do not mistake legal practices like peaceful protests or government petitions for wrongdoing. If you see something illegal, document it with photos and witnesses and take it to police even if you suspect they will ignore it; continue to demand that the system operate properly. Call your representatives constantly to register your opinions (it matters — most get fewer than a dozen calls about issues at hand).

And try to stop demonizing political opponents who fall within the normal political spectrum so we can all stand together against those who are trashing our institutions and our legal system. I am close to both Republicans and Democrats and they have far more in common than they are different, believe me. What no respectable American wants, though, is for this nation to commit suicide, and if those of us who believe in America turn against each other, we will permit precisely that.

I have been touched and overwhelmed by all of the messages of concern and support I have received over my inclusion on the Professor Watchlist. And for those of you who worried: No, I will not shut up. America is still worth fighting for.

Editors Note: Professor Heather Cox Richardson was included on the Professor Watchlist when it launched on Nov. 21 (archived that day). She posted this column on her Facebook page the next day, and was removed from the list on Nov. 23.