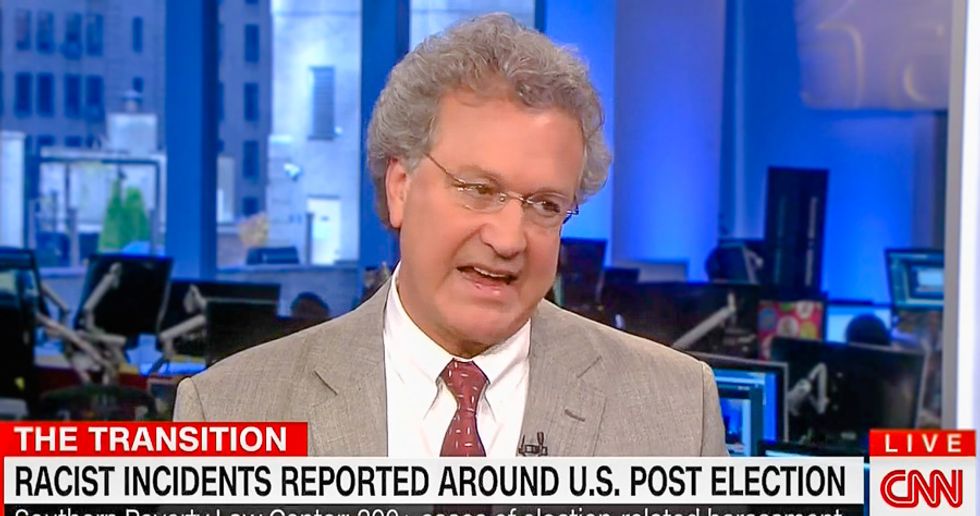 "Bannon said that he is providing a platform for the alt-right," Cohen pointed out to CNN's Carol Costello. "And the alt-right is nothing more than white supremacy rebranded for a digital age."

Cohen said that he "feels sorry" for RNC Chair Reince Priebus, Trump's chief of staff pick who recently praised Bannon as a "wise and smart" adviser.

"He's made a deal with the devil," the civil rights advocate explained. "He has to support Bannon, but I think anyone who goes to the Breitbart website and looks at the kinds of things that are out there, I think would be shocked."

According to Cohen, the president elect's selection of Bannon was not surprising because "Trump ran a racist campaign from the first day that he came down that escalator at Trump tower."