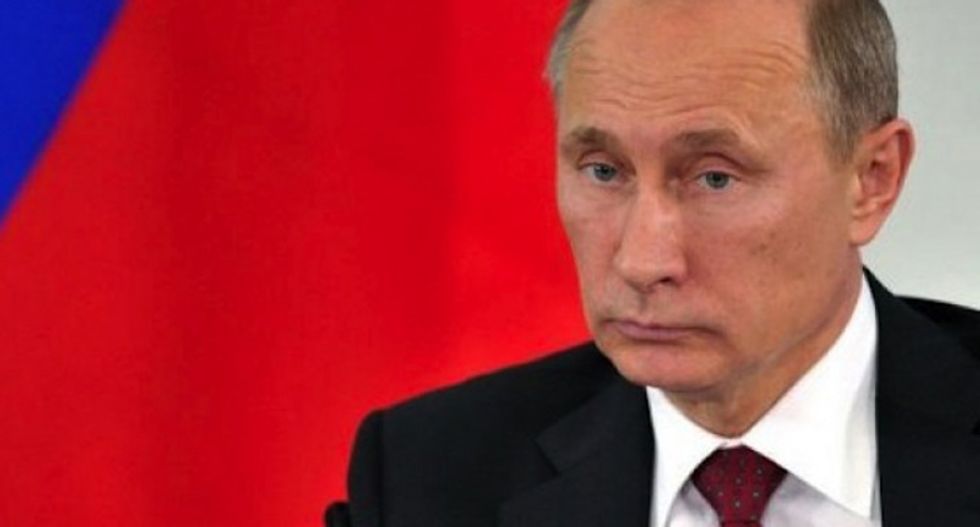 Investigating Russia’s role in interfering and with possibly hacking the 2016 presidential election vote is at the center of the Green Party-led recount effort.

The recount entered a new phase Saturday, when both the Hillary Clinton campaign and the Donald Trump transition team issued dueling statements about the need to verify votes in the three states that gave Trump an Electoral College majority. But beyond their appearances, with Clinton’s campaign saying it would participate in the effort, was a remarkable development: the prospect that the recount will try to investigate the biggest unanswered question hanging over the election beside who won: did Russia take steps to hack the vote?

Trump called the recount a “ridiculous” effort by the Greens that was fleecing donors of the nearly $6 million raised by midday Saturday. But the statement by the Clinton campaign’s top lawyer, Marc Elias, noted in its opening paragraphs that the election, the Democratic Party, and their campaign was repeatedly targeted by the Russians.

“This election cycle was unique in the degree of foreign interference witnessed throughout the campaign: the U.S. government concluded that Russian state actors were behind the hacks of the Democratic National Committee and the personal email accounts of Hillary for America campaign officials, and just yesterday, the Washington Post reported that the Russian government was behind much of the 'fake news' propaganda that circulated online in the closing weeks of the election,” Elias wrote on Medium.com, then elaborating about their private investigative efforts to assess the impact of Russian interference in the campaign.

Going even further, the first recount petition filed by the Greens, in Wisconsin, primarily focused on Russian hacking, not on the more easily understood line of inquiry of different voting technologies reporting different margins of victory for Trump despite their locations. The Green's petition opens by stating they believe “an irregularity” has occurred affecting the entire state. It goes on to say that in August, “foreign operators breached voter registration databases in at least two states and stole hundreds of thousands of voter records” at the same time the email systems of the Democratic National Committee and Clinton campaign were hacked and put online. It lists warnings by federal homeland security officials to states to take steps to protect these databases, and then lays out its theories. First, Wisconsin’s voting systems are aging and known to be susceptible to hackers, “including they can be breached without detection and even after certain security measures are put in place.” And that may account for “a significant increase in the number of absentee voters compared to the last general election. This significant increase could be attributed to a breach of the state’s electronic voter database.”

That summation and line of inquiry has been reported by AlterNet before. However, the Green’s petition went further to explain what they are going to be looking for as the recount ensues. The first piece of supporting evidence is an affidavit by J. Alex Halderman, a University of Michigan professor of computer science and engineering, and director of the Center for Computer Security and Society based in Ann Arbor. He was part of the team set up by California’s ex-Secretary of State, Debra Bowen, that reviewed the vulnerability of its electronic voting systems and led to the state banning the same machines used in Wisconsin.

Russia tried to breach voter registration databases in 20 states last summer, Halderman said, citing the Department of Homeland Security as his source. “Russia has sophisticated cyber-offensive capabilities, and it has shown a willingness to use them to hack elections elsewhere. For instance, according to published reports, during the 2014 presidential election in Ukraine, attackers linked to Russia sabotaged Ukraine’s vote-counting infrastructure, and Ukranian officials succeeded only at the last minute in defusing the vote-stealing malware that could have caused the wrong winner to be announced,” he wrote, referencing and submitting a June 2014 Christian Science Monitor article that described the hacks and averted tampering.

Not mentioned in the Green’s filing was Paul Manafort, who came aboard Trump’s campaign last spring and shepherded it through the Republican National Convention until he was forced to resign because of a multi-million-dollar cash payment from consulting in Ukraine, and he was working for the pro-Russian side of the June 2014 Ukranian election, the Washington Post reported last August. “Even with [pro-Russian Viktor] Yanukovych out of the country, the [New York] Times reports Manafort kept working in Ukraine with the president's former chief of staff to help keep the pro-Russian party in the political game. It worked. The party ended up being a significant influence in parliament.”

Halderman’s affidavit continued, saying the same vote tampering that occurred in Ukraine could have occurred in some of 2016’s presidential swing states:

"If a foreign government were to attempt to hack American voting machines to influence the outcome of a presidential election, one might expect the hackers to proceed as follows. First, the attackers might probe election offices well in advance to find ways to break into the computers. Next, closer to the election, when it was clear from polling data which state would have close electoral margin, the attackers might spread malware into voting machines into some of the states, manipulating the machines to shift a few percent of the vote to favor the desired candidate. This malware would likely be designed to remain inactive during pre-election tests, perform its function during the election, and then erase itself after the polls closed. One would expect a skilled attacker’s work to leave no visible signs, other than a surprising electoral outcome in which results in several close states differed from pre-election polling.”

America’s voting machinery is especially vulnerable to that scenario, Halderman said, noting that he personally has installed malware in electronic voting machines to achieve that exact result. Whether voting machines are connected to the internet “is irrelevant,” he said, which is directly applicable to Wisconsin, whose safeguards include keeping its voting machines offline, state election officials have previously told AlterNet. All it takes is one memory card to be inserted into the system at any point, he said, for such malware to be spread.

“This explanation is plausible, in light of other known cyber attacks intended to affect the outcome of the election; the profound vulnerability of American voting machines to cyberattack; and the fact that a skilled attacker would leave no outwardly visible evidence of an attack other than an unexpected result,” Halderman reiterated. “The only way to determine whether a cyber attack affected the outcome of the 2016 presidential election is to examine the available physical evidence—that is, to count the paper ballots and paper audit trail records, and review the voting equipment… Using the electronic equipment to conduct the recount, even after first evaluating the machine through a test deck, is insufficient. Attackers intending to commit a successful cyber attack could, and likely would, create a method to undermine any pre-tests… Voting equipment that might yield forensic evidence of an attack includes the voting machines, removable media, and election management system computers. Paper ballot, paper audit trails, and voting equipment will only be examined in this manner if there is a recount.”

This scenario of examining the entire voting system is not what the state of Wisconsin is envisioning when conducting the recount, according to a statement by the state election administrator, Michael Hass, on Friday, saying that the Green Party has filed for its recount.

“In a recount, all ballots (including those that were originally hand-counted) are examined to determine voter intent before being retabulated. In addition, the county boards of canvassers will examine other documents, including poll lists, written absentee applications, rejected absentee ballots, and provisional ballots before counting the votes.”

Haas said the Wisconsin Election Commission’s role in the recount is “to provide legal guidance to the counties during the recount, and to certify the results.” This is a new state board composed of partisan appointees by Republican Gov. Scott Walker, who disbanded the state’s former Government Accountability Board, which was comprised of retired state judges and was among the most highly respected election oversight panel in the country.

In other words, these preliminary and contradictory statements from the Clinton campaign, Green Party and Wisconsin election administrator show why the upcoming presidential recount is going to be controversial and headed into court at many steps along the way. It also shows that the Greens are taking the lead in advancing the one storyline the Clinton campaign did not get the media to heed—the extent to which Russia may have tampered with America’s voting machinery and tilted the result to a candidate who embraced Vladimir Putin.

“Because we had not uncovered any actionable evidence of hacking or outside attempts to alter the voting technology, we had not planned to exercise this option ourselves, but now that a recount has been initiated in Wisconsin, we intend to participate in order to ensure the process proceeds in a manner that is fair to all sides,” Clinton counsel Marc Elias said on Saturday. “The campaign is grateful to all those who have expended time and effort to investigate various claims of abnormalities and irregularities. While that effort has not, in our view, resulted in evidence of manipulation of results, now that a recount is underway, we believe we have an obligation to the more than 64 million Americans who cast ballots for Hillary Clinton to participate in ongoing proceedings to ensure that an accurate vote count will be reported.”