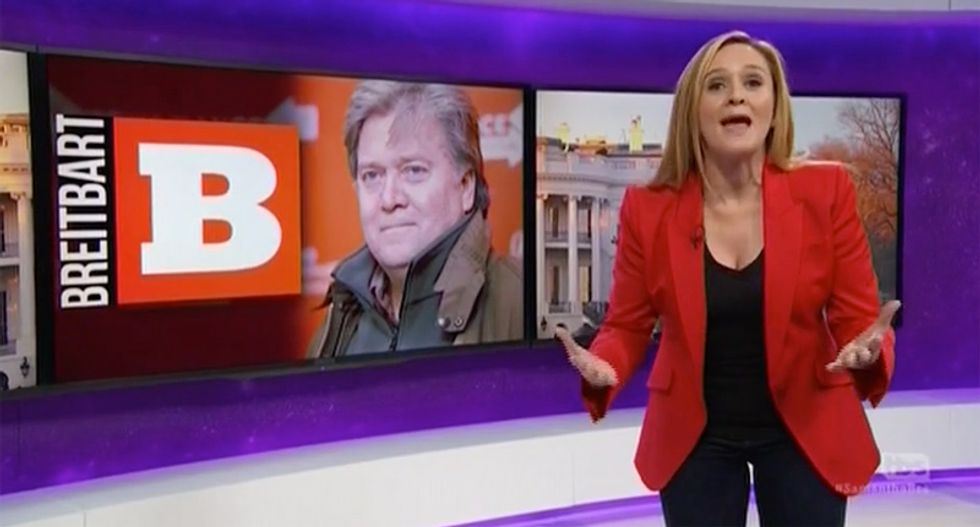 Almost one week after Donald Trump became President-elect, Samantha Bee began to survey the damage the new president is about to inflict on the country. Speaking of potential Trump staffing picks, she hit on everyone from Rudy Giuliani to Sarah Palin, hitting particularly hard on newly-announced senior adviser -- and notorious anti-Semite Steve Bannon.

Saying fear of the white-supremacist and anti-Semitic Bannon caused her Jewish writers to flee the country, Bee said, "Sorry folks, you'll have to make due with jokes from our black, female and gay writers."

She then added, "Whoop, they're gone too."

"So America's new tsar has found his 'Assputin'" she said invoking Bannon. "Dare I ask who else he's considering for his staff?"

With that she ticked off Trump favorites Rudy Giuliani and Sarah Palin, showing a clip of Palin babbling about taking a "short term" job as Energy Secretary.

Watch teh video below via TBS: