Televangelist Rick Joyner compares Trump to Jesus’ disciples: 'Every one of them were Donald Trumps’ 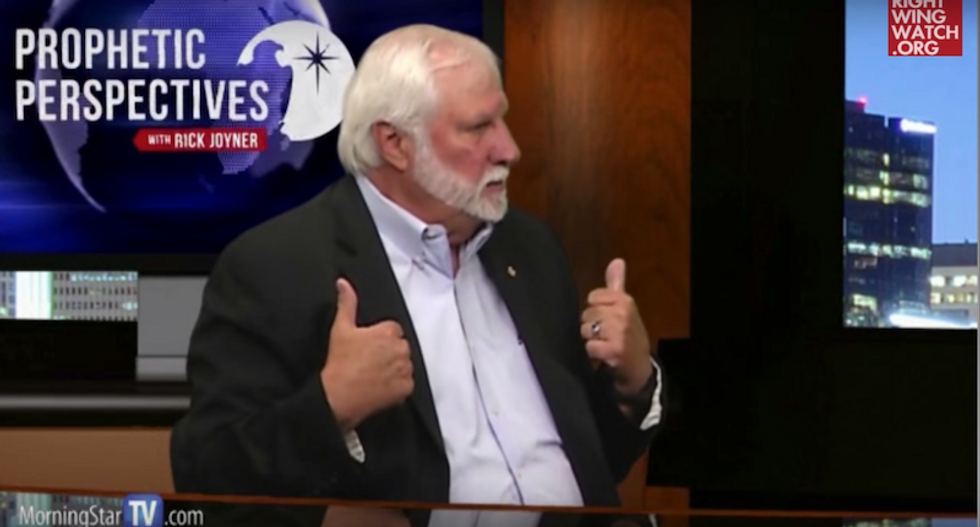 Joyner said he was in constant communication with Trump throughout his campaign and noted that Trump is "very different than what the media portrayed him as being."

First of all, according to Joyner, Trump is one of the "kinder, gentler models from New York," but he is also "tough as nails." Joyner also alleged that Trump was in tears after they discussed kicking "all these illegal aliens out," and how that will "bust up families."

"I saw the tears well up in his eyes," Joyner said. "He was about to bust out crying." Trump repeatedly made mass deportation of undocumented immigrants, and building a border wall a central policy platform of his campaign.

Joyner also noted that Trump is "an honest man ... one of the most honest people I've met." However, Trump was notorious for consistently lying and backtracking over the course of his campaign.

Fact-checking website Politifact, who fact-checked at least 337 of Trump's statements on the campaign trail and since his election victory, noted that 19 percent of his claims were "mostly false," 34 percent were "false," and 18 percent were "pants on fire."

However, Joyner said that Trump possesses a serious respect for clergy, and a "remarkable fear of the Lord."

But the most insightful message that Joyner had about Trump was in regards to Jesus' disciples. Joyner said, "I think if you look at the disciples that Jesus chose, they were all Donald Trump. Every one of them were Donald Trumps."