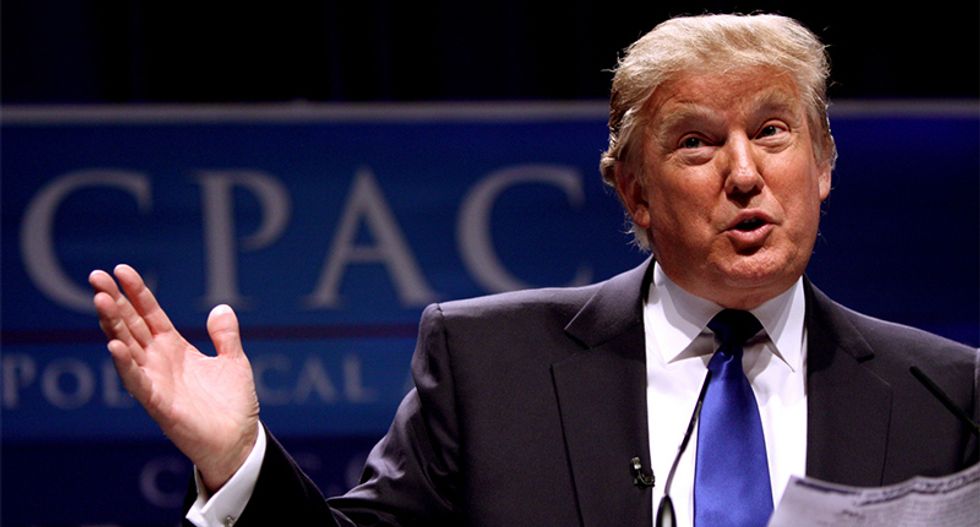 Here’s what I tell myself: We elected Donald Trump, but we didn’t mean to.

I tell myself, because I must, that it was all a big misunderstanding, a miscalculation, a failure to appreciate the Electoral College math. If it turns out that more than half the country actually voted for Hillary Clinton, that’s another assault on democracy. But it’s not the main one. I have to believe in the miscalculation theory because otherwise, we’re forced to believe what’s plainly before our eyes: That more than 200 years into the American project, in the land that produced Jefferson, Lincoln and Roosevelt, we suddenly decided to make America great again by electing a con man, a carnival barker, a reality-TV caricature of a reality-TV caricature to be leader of the free world.

Something else had to be at work. Yes, this was a rejection of the future, a victory for the left-behinders and the resenters who felt that no one was listening to them. Who thought that Donald Trump, the faux populist, would be their champion.

It was the election in which the Democrats’ Rust Belt “Blue Wall” came crumbling down and sufficient numbers of mainstream Republicans — the non-deplorables who aren’t American Firsters — made a Trump presidency possible. Certainly, there is some Brexit-style regret now, but it’s too late for that. We have at least four years of a Trump presidency and a Trumpian America to deal with.

Cast blame where you like. There’s more than enough for everyone. Blame Hillary Clinton as the truly flawed candidate whose most compelling message was that America would never elect Donald Trump. Blame the media for embracing the Trump circus and for failing to figure out how to fairly deal with a candidate who has so little regard for the truth. Blame blundering James Comey. Blame the email faux scandal that became the issue of an issue-free campaign and the Crooked Hillary tag line that took a life of its own. Blame all of us for thinking that the “lock her up” chants weren’t something so much darker than anything we could have foreseen. Blame a country still apparently unready to elect a female president.

The reason for surprise, for shock, is that no one like Donald Trump has ever won the presidency or come close to winning the presidency. It wasn’t just a surprise given over by Brexit-style failure of the pollsters. It was an America most of us failed to recognize, an America, as one friend wrote me, in which all the darkest elements of the American soul conspired to give us Donald Trump.

Something has happened, something dark, something frightening, and no one has any idea what comes next. Don’t trust anyone who tries to tell you he does. These are the same people — people like yours truly — who said this could never happen. Who said that the Obama years wouldn’t be so completely rejected, who will watch, in not a little distress, as the Iran deals goes away, as health care reform goes away, as America backs away from climate change, as a bullying Trump confronts his enemies with all the power of his office, as the forces of reaction now control the presidency, both houses of Congress, the Supreme Court. If you’re among those who feels it’s a rejection of you, of the educated classes, of, well, the future, you are right.

What the news tells us now is that the unashamed, unabashed birther succeeds the first black president and the world, every bit of it, has turned upside down. Markets are crumbling. The Canadian immigration website crashed. But what will history tell us? The red-blue divide was replaced by a class divide, by a white-nonwhite divide. Running on a platform of resentment, capturing what Fox News captured in the media world years ago, Trump delivered those who aren’t ready to deal with a changing America and instead chose to lean on a would-be strongman who leaves us with no idea how he’ll govern the country.

If everyone got this election wrong — and everyone did — it’s because it was impossible to imagine otherwise.

If everyone got this election wrong — and everyone did — it’s because “everyone” didn’t include all those people who voted for Donald Trump, the political “other.”

If everyone got this election wrong — and everyone did — we must now wonder what it means to those who got it wrong and those who got it right. Is there regret from Republicans who didn’t speak out, who enabled Trump, who made it OK to vote for a racist demagogue, a George Wallace with gold-plated seat belts?

If everyone got this wrong — and everyone did — it’s because no one could imagine we’d elect someone who says the National Enquirer should win a Pulitzer or who’d make Breitbart his personal propaganda sheet. On Twitter, the jokes were that Ann Coulter or Sean Hannity would be Trump’s press secretary. But they’ll be far more powerful than that.

We’ve been somewhere like this before, what Adlai Stevenson described as “the land of smash and grab and anything to win. That is Nixonland. But I say to you, that is not America.”

Nixonland wasn’t America, but it was. You can say the same things about Trumpland. And now, once again, we face a truly existential question: What in God’s name, what in America’s name, have we done?