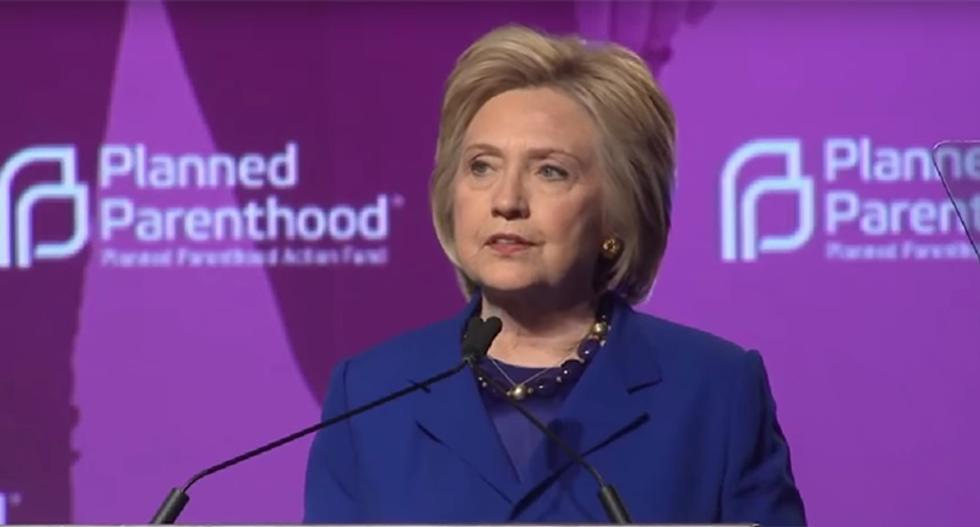 Let’s not mince words. Hillary Clinton was a disastrous candidate.

Clinton has been running for president for eight years, but could never articulate a clear reason for her presidency. She ran as the anti-Trump, but was a lying and corrupt anti-Trump. And now she lost to a sexual-assaulting, Mexican-deporting, Muslim-banning con man.

Sure, one can rage against the email hacks Russia allegedly dropped, or FBI Director James Comey, who effectively swung the race against Clinton with his outrageous letter reopening the email investigation 11 days before the election. It is also natural to blame bigoted whites or say, “I hate this country.”

But none of this changes the fact the unthinkable happened: a racist huckster beat the entire establishment. This is not the fault of the left or Jill Stein. Clinton lost this all on her own like no candidate ever before, Clinton had the entire establishment behind her: Wall Street, Silicon Valley, the mainstream media, Hollywood, foreign policy and security heavyweights, even many high-ranking Republicans. If not for her epically bad judgement in setting up a private email server and giving bank speeches, Clinton would have likely coasted to an easy victory.

Trump gave a (white) voice to rejection of all elites. Of course many Americans are angry. They were lied to by all segments of the establishment about the Internet economy and NAFTA, about the “war on terror” and Iraq, about the causes and consequences of the Great Recession. But the Democratic Party went along with all of it, managing the crises for the benefits of the 1% and making excuses for one disastrous policy after another.

This election was a revolt against both parties. One Clinton barely contained with Bernie Sanders challenge, and Trump demolished the mainstream Republican Party in his historic campaign.

Initial results appear to show Clinton exceeded Obama’s vote in 2012 in many battleground states, and she may even win the popular vote because of huge margins in blue states like California. She beat Obama’s 2012 total in Florida by 237,000. She has nearly matched Obama’s vote in Pennsylvania and North Carolina, but Trump surged past Romney’s vote totals in those states. And it appears Clinton is lagging behind Obama in Ohio, Wisconsin, and Michigan, but Trump again left Romney’s totals in the dust.

She is also losing the entire Midwest, which is historically union-strong pro-Democratic country going back nearly a century. Trump’s rancid birtherism made him the Republican Obama, generating a huge surge to the polls that overwhelmed Clinton’s massive get-out-vote operation.

But Trump captured the mood of the white electorate that wants to blow up the system, and he consolidated it into a white nationalist bulldozer. He is racking up huge margins in smaller nearly all-white counties. It’s a reaction of white against brown, of rural against urban, of men against women, of white working class and middle class in flyover states against a coastal elite and diverse cities. But Clinton is such a poor candidate she is doing worse among Latinos and Millennials than Obama did in 2012, and her much-vaunted margin among college-educated white women failed to be her firewall.

That’s how bad a candidate Clinton is.

Those who voted for Trump have been suckered, and it’s likely there will be an economic downturn as the shock waves of the chaos he promised are now rippling through the global markets. But everyone will pay the price: this country, workers who fell for his hokum that he will rain down jobs and wealth on them. Latinos and Muslims will suffer the brunt of Trump’s white nationalist agenda and vigilante forces. So will women and the poor and Black people and the environment and the world and humanity in general.

There will be dark days ahead. But we need to keep hope intact because brighter times will arrive. So keep these principles in mind:

Don’t turn on each other or point fingers at people next to you. Clinton’s loss is a failure of the elite.

There will be an urgent need to protect communities under attack, especially Latinos, Muslims, immigrants, and all others who will suffer the consequences.

Don’t give into fantasies of forming militias or retreating to coastal cities. Trump successfully exploited the very real damage Democrats did to huge sections of the country with free-trade deals and bank bailouts and endless war. Yes, the Republicans bear as much if not more responsibility, but the point of an opposition is to oppose.

Liberals and progressives must stand for something, instead of going along with pro-war, neoliberal policies just because it’s “our team” doing it. The only way to counter racism is to address the social and economic traumas afflicting the entire working class. And this means supporting real redistributive policies that does have widespread support like single-payer healthcare, free higher education, and expanded Social Security.

This disaster was many decades in the making. There is no other solution than return to the hard work of listening to people, building communities and organizations that create a vision for a better world. Not a meaner one.

In other words: Don’t Mourn, Organize.