These 3 charts perfectly explain how older voters got Trump elected 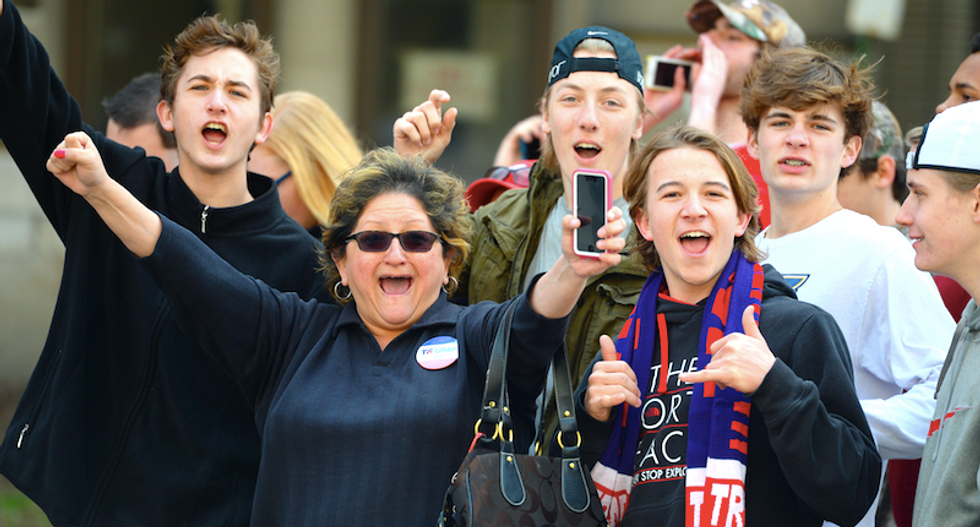 Millennial voters came out to the polls on Tuesday, and they certainly came out as much as they did for President Barack Obama, but it was older Americans that came out in droves.

According to the Center for Information & Research on Civic Learning and Engagement (CIRCLE) young voters, ages 18-29, supported Hillary Clinton over Donald Trump by 55 percent to 37 percent. However, that number is slightly less than Obama in 2012, who won the millennial vote by 67 percent, where Mitt Romney earned just 30 percent.

Where the numbers really mattered was in turnout. The number of young people that came to the polls for Obama in 2012 was overwhelming, with 22-23 million at 19 percent. This year, they made up one-fifth of the electorate, but it wasn't enough to combat the dramatic increase among older Americans who came out to support Trump.

Another major factor in last night's youth vote was the third-party factor. CIRCLE reports that one in 10 million millennials, or 8 percent of those voters, chose a third-party candidate.

The numbers will continue to shake out over the week, but the overwhelming turnout in rural areas, coupled with many millennials defecting to independent candidates, seems to be the difference in the final results.

The race breakdown of young people is exactly as you might expect, with people of color supporting Clinton about as much as they did with Obama. White voters, however, made up Trump's extra 7 percent over what Romney got in 2012.

That could account for what happened in Wisconsin. Young voters delivered a 4-point win for Clinton over Trump in the state, but that's a significant loss to Obama's 54 percent vs. Romney's 37 percent in the previous election.

North Carolina showed a striking age difference to older voters in the state. Young voters favored Clinton over Trump, 60 percent to 36 percent. That number is between 11 and 23 points higher than other age groups’ support for Clinton.

Iowa was another state in which President Obama won in 2012, due in part to the youth vote. Tuesday, Trump won by splitting the youth vote 45 to 45. Younger millennials (those between 18 and 24) supported Clinton by 51 to 39, however.

Check out the charts that explain more below: