‘This would be the year' to believe it: CNN host on strange election with vote hacking panel 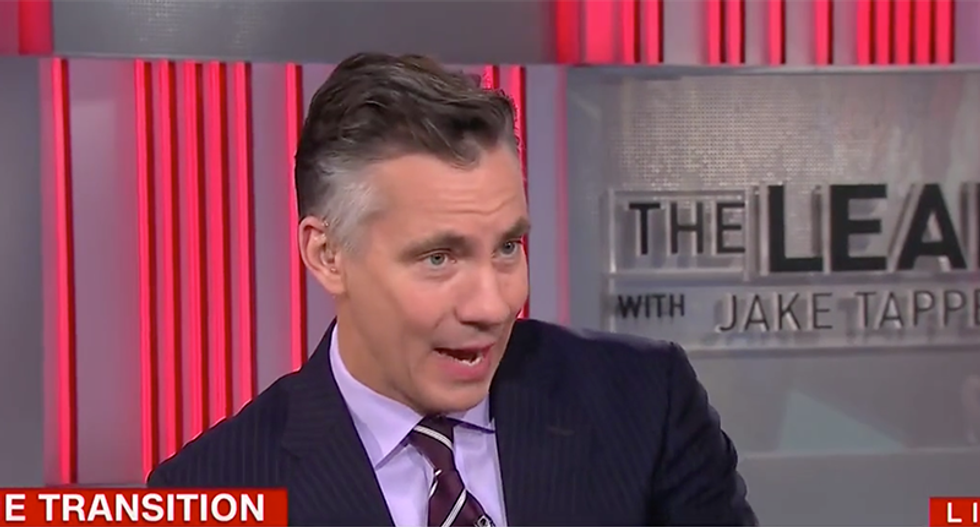 Computer experts are suggesting that the 2016 election might have been hacked and are urging an investigation. Green Party presidential candidate Jill Stein announced Wednesday that she is fundraising to demand a recount in Wisconsin, Michigan and Pennsylvania. Each of the tree states were extremely close with President-Elect Donald Trump winning the state by just 10,000 votes.

The CNN panel noted that the popular vote between Hillary Clinton and Trump has now grown to over 2 million. If Clinton plans to demand a recount she needed to ask for it immediately.

Daily Beast's Jackie Kucinich was dismissive of the claims that something was afoot. "It could be seen as being sore losers at this point," she said.

April Ryan, White House correspondent for Urban Radio Networks, noted that from the beginning her Democratic sources were concerned something wasn't right.

"They wouldn't go on record but they started telling me from the very beginning, when the election night results came in and everything was official, they said something was wrong," Ryan said. "At this point, it's so deep that they even have forensic professionals looking into this. If anything were to happen, going back to Lynn's point, it would have to happen this weekend."

Host Jim Sciutto, who's filling in this week for Jake Tapper, said that if there was any year to have a "Thanksgiving surprise like that, this would be the year."