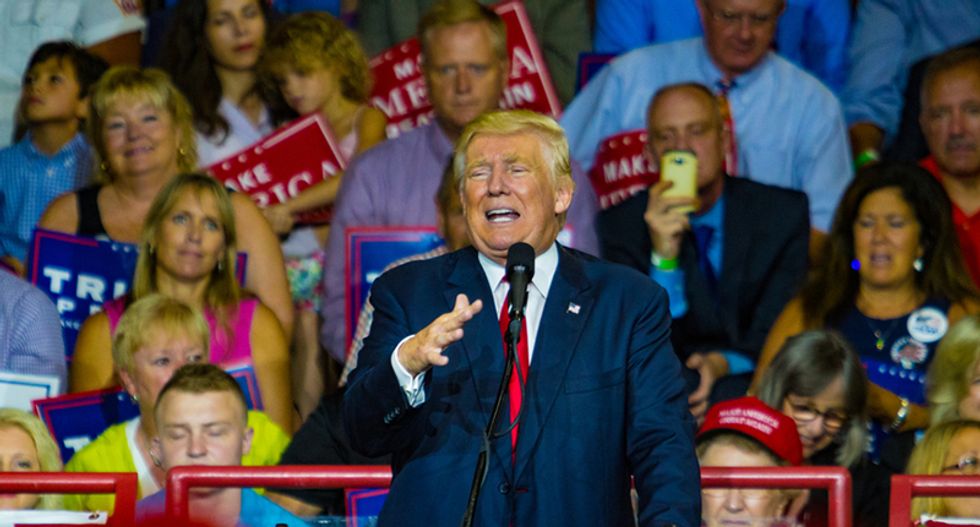 One of Donald Trump's many problems throughout this year's presidential campaign has been the bargain-basement quality of his surrogates.

This was in evidence on Friday when former Arkansas Gov. Mike Huckabee tweeted out a message admitting that Trump is actually a "car wreck" -- but adding that at least Trump's car is "pointed in the right direction." Hillary Clinton, meanwhile, was described as "a drunk driver going the wrong way down the freeway."

Trump may be a car wreck, but at least his car is pointed in right direction. Hillary is a drunk-driver going the wrong way on the freeway.
— Gov. Mike Huckabee (@Gov. Mike Huckabee)1478254551.0

The problems with this metaphor are obvious. First, if Trump has already crashed the car, it doesn't matter if it's "pointed in the right direction." Second, even if Hillary really is metaphorical drunk driving the wrong way down the proverbial highway, she at least hasn't yet crashed the car -- whereas Trump is presumably already in a ditch with a totaled vehicle.

Deep thoughts this morning from Huckabee (his daughter works for the guy he just called a car wreck) https://t.co/UP2rpf9q68
— Eliza Collins (@Eliza Collins)1478259888.0