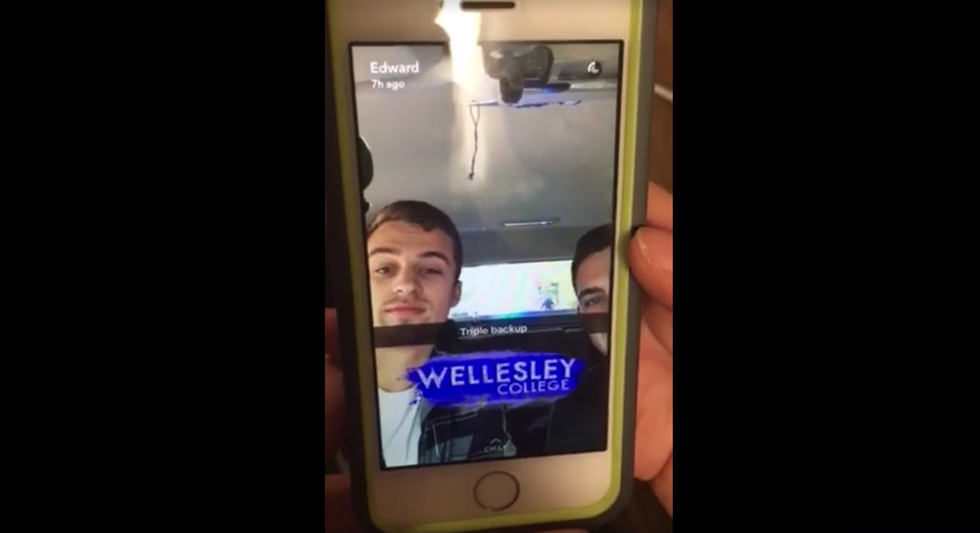 Wellesley student Sydney Robinson posted a message on Facebook detailing the incident, along with photos and videos showing the Trump supporters in action.

"Edward Tomasso and Parker Rander-Riccardi, two students at Babson College, decided to drive around our beautiful campus with a Trump flag in a pick up truck," she writes. "They laughed, screamed and sped around campus. Then, they parked in front of the house for students of African decent, and jeered at them, screaming Trump and Make America Great Again. When one student asked them to leave, they spit in her direction."

The two men were confronted by local police officers, who told them that they were banned from the campus, and would be arrested if they showed up there again.

They nonetheless filmed themselves celebrating afterward and yelled out "Make America great again!" from their car one last time.