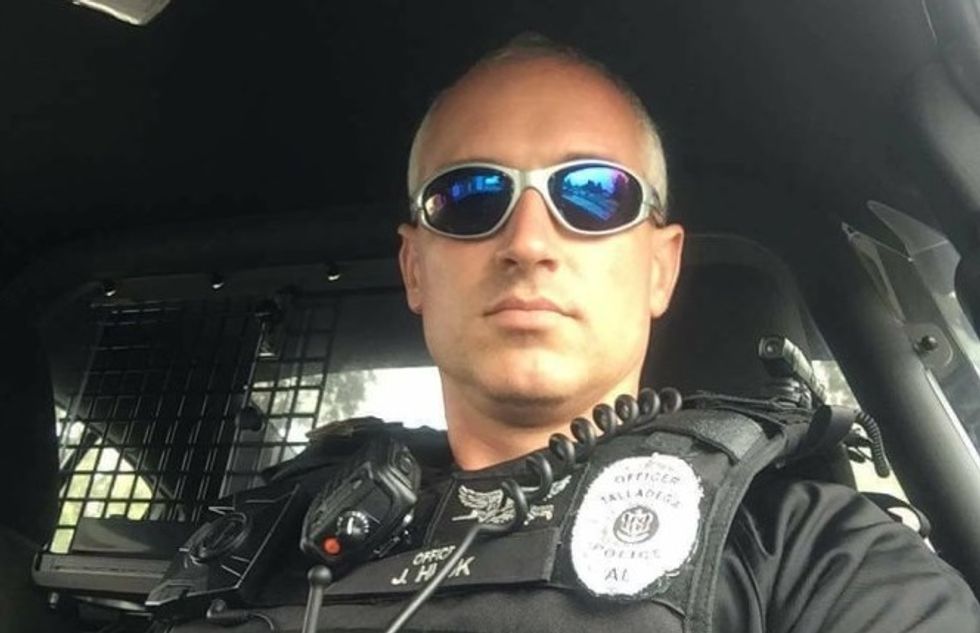 A Trump-loving police officer from Talladega, Ala. has been fired after posting racist memes about first lady Michelle Obama on Facebook.

The meme, which was apparently one of many posted about Michelle Obama, touts Melania Trump's fluency in "Solvenian, English, French, Serbian, and German," while claiming that Obama is only fluent in "ghetto." 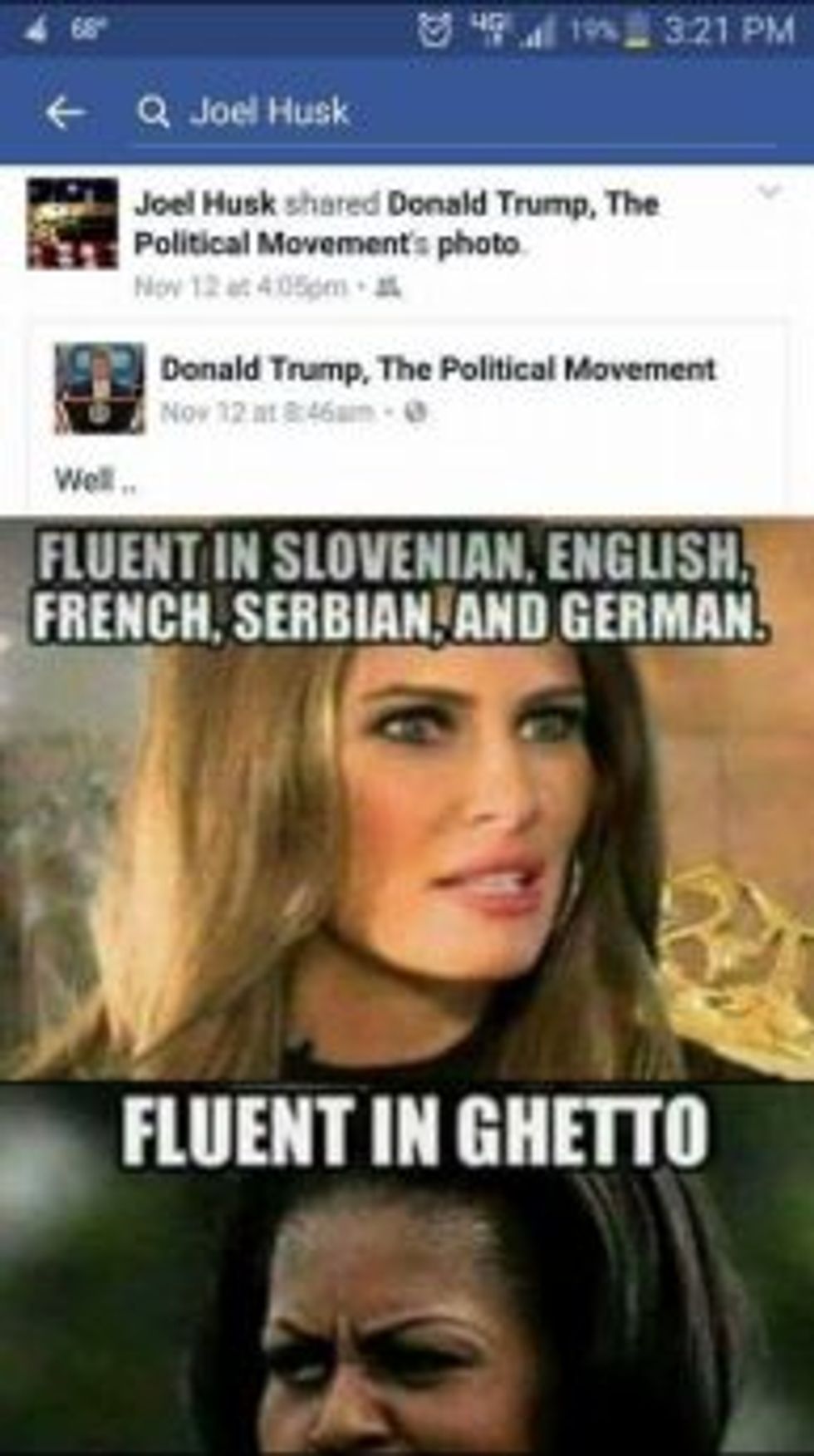 "We will not tolerate that kind of conduct by any employees," said Talladega City Manager Patrick Bryant. "We take very seriously our responsibility to treat everyone equally and equitably. We have to make sure we take steps for the community to trust us."