Trump may already have a plan ready to revamp Dodd-Frank 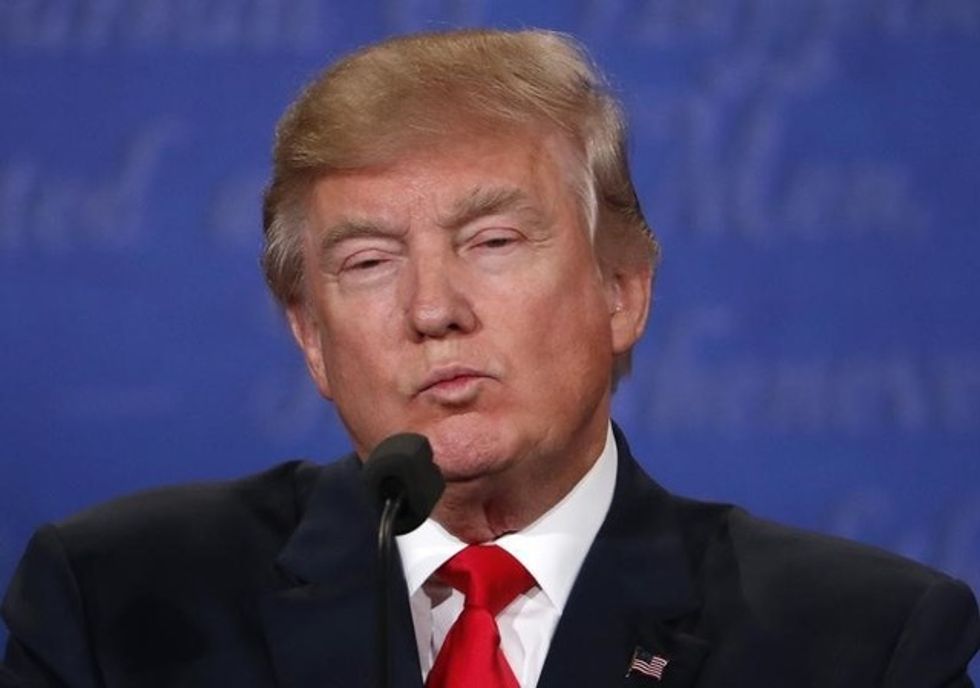 When Jeb Hensarling, the Republican chair of the U.S. House Financial Services Committee, released legislation this summer to weaken the major financial law known as Dodd-Frank, many said it was a prêt-a-porter plan that his party’s nominee, Donald Trump, could easily adopt.

Now that Trump is president-elect, he appears to be doing just that.

Language about financial services posted on the Trump transition website, www.greatagain.gov, echoes the tone of Hensarling's bill, known as the CHOICE Act.

It calls Dodd-Frank, passed in the wake of the 2007-09 financial crisis and recession, as “a sprawling and complex piece of legislation that has unleashed hundreds of new rules and several new bureaucratic agencies” and promises to dismantle and replace it with “new policies to encourage economic growth and job creation.”

Hensarling’s legislation, which his committee approved in September, also takes a replacement approach.

The Texas Republican had unveiled his proposal in Trump's hometown of New York in June, and then met with the businessman later in the day. At the same time, Hensarling was mentioned as a possible Treasury secretary by Trump's team. He has said he is not pursuing a Cabinet position.

"The CHOICE Act accurately reflects the priorities that President Trump has placed on the Dodd-Frank problem," said J.W. Verret, an associate professor at the George Mason University Antonin Scalia Law School and financial regulation expert. Verret regularly meets with and briefs members of Congress and the Securities and Exchange Commission on financial regulation.

I think it is a great blueprint for everything that he has promised," said Verret, a former Republican congressional staffer.

The Hensarling blueprint would primarily allow banks to choose between complying with Dodd-Frank or meeting tougher capital requirements - primarily to maintain a ratio of tangible equity to leverage exposure of 10 percent.

It would also reorganize the Consumer Financial Protection Bureau, throw out the Volcker Rule restricting banks from making speculative investments and eliminate the authority of the Financial Stability Oversight Council to designate non-banks as "systemically important."

It also differs from the Dodd-Frank legislation in the way it treats insolvent banks. Hensarling says his approach will prevent taxpayer dollars from being used to bail out failed institutions.

The most senior Democrat on the Senate Banking Committee, Sherrod Brown, has been a vocal defender of it, as has liberal firebrand Senator Elizabeth Warren. That means a Dodd-Frank revamp could stall in one chamber of Congress. Senate rules allow a single member to block a bill from proceeding to a vote.

Trump said last May that he would dismantle Dodd-Frank, primarily because the law makes it hard for banks to loan money.

But few have called for total demolition of it, with bank industry sources privately saying they would like to see an easing of Dodd-Frank rules.

Trump campaign adviser Anthony Scaramucci, a Wall Street financier, said this week that the administration will review the law and "the worst anti-business parts of it will be gutted."

Verret said he believes some components of the CHOICE Act will appeal to the populist anger felt by Tea Party members and Trump supporters toward big banks.

One such provision, he said, would place limits on how central banks can lend to financial institutions in times of crisis, an in effort to prevent future bailouts.

This kind of reform, he added, appeals "to both populists and free market thinkers at the same time."