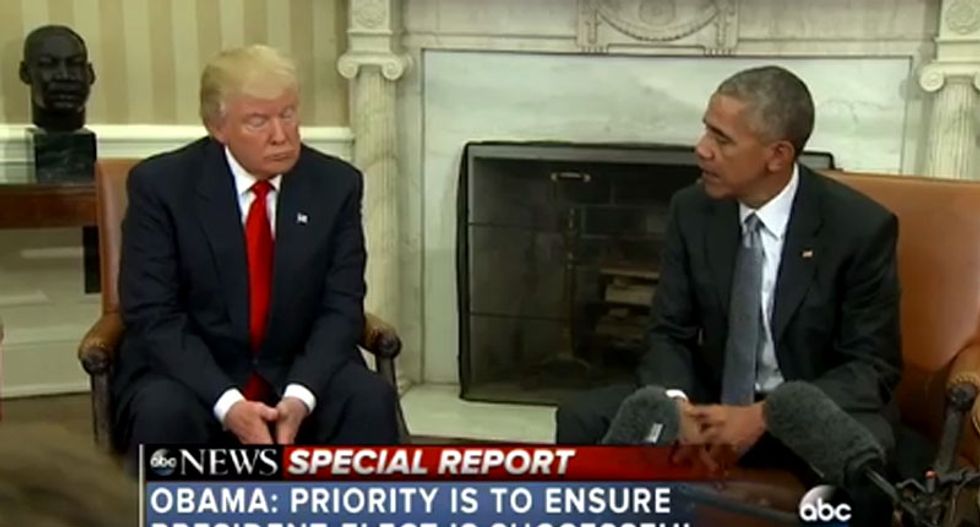 U.S. President-elect Donald Trump told the Wall Street Journal he would consider leaving in place parts of the Affordable Care Act, including provisions allowing parents to keep older children on their insurance and prohibiting insurers from denying coverage for pre-existing condition.

In his first interview since Tuesday's election, Trump said a big reason for his shift from his call for an all-out repeal was his meeting Thursday with President Barack Obama, who suggested areas of the Affordable Care Act to preserve.

"I told him I will look at his suggestions, and out of respect, I will do that," the Journal quoted Trump as saying.