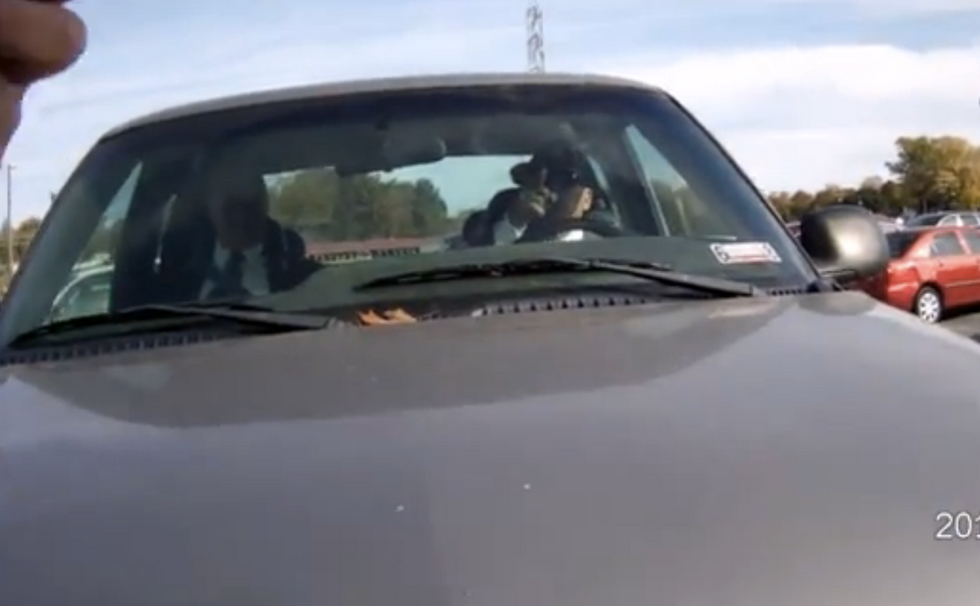 An Afghanistan war veteran and anti-Trump protester was intentionally struck by a car driven by Trump supporters in King, North Carolina on Election Day.

According to Fox 8 News, activist and combat veteran Steven Hewett was holding a "Veterans against Trump" sign when the pro-Trump driver deliberately drove into Hewett.

In a video taken by Hewett and uploaded to Facebook, Hewett -- who is a crusader against intrusions of Christian religion into public life -- was standing in the parking lot of King's American Legion outpost when two men in a Chevrolet truck rolled up and struck him.

"What branch of the military were you in?" demanded the driver, who was dressed in military veteran gear.

"You just hit me, partner," Hewett replied. "Not only that, it's on video. You just hang tight, the police are coming."

The two Trump supporters fled the scene, but Hewett was able to get their license plate number and provide it to police.

Police Chief Paula May said, "We are investigating a reported hit and run that occurred at the American Legion voting site in King this morning. We are actively investigating the incident, and no further information will be released until the investigation is concluded or charges have been filed."

Hewett confirmed on Facebook that charges are being filed against the as-yet-unnamed driver, including reckless driving and assault with a deadly weapon.