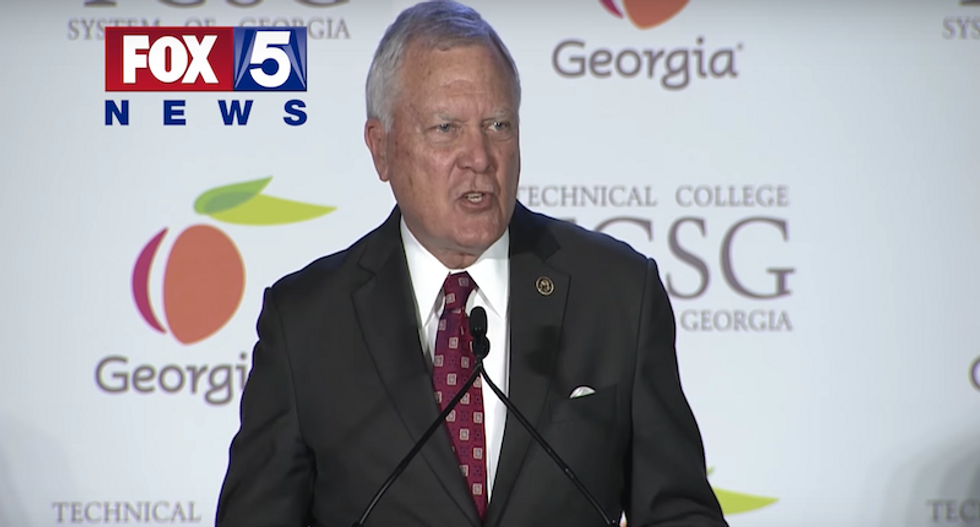 Deal was apparently speaking in frustration toward groups who oppose the governor's proposed Opportunity School District amendment. The amendment seeks to turn "struggling schools around."

When addressing the audience, Deal said, "The irony of some of the groups who are opposing doing something to help these minority children is beyond my logic," while referring to the NAACP. He continues, "If you want to advance the state of colored people, start with their children."

The governor later half-apologized to Fox 5 reporter Dale Russel, saying, "I did not mean to insult anyone, but I was upset."

Wednesday night's address wouldn't be the first time Deal has made racist remarks. He has previously used terminology, such as, "ghetto grandmothers."

A believer in Republican nominee Donald Trump's racist birther movement, Deal once responded to a question about President Obama's birth certificate with, "I have no idea where he was born."

Deal's racist remarks on Wednesday night point to a larger problem that exists across the country. Nearly 50 years since the Civil Rights Movement, the United States still struggles with its history and present of anti-black racism.

You can hear Governor Deal's remarks below.