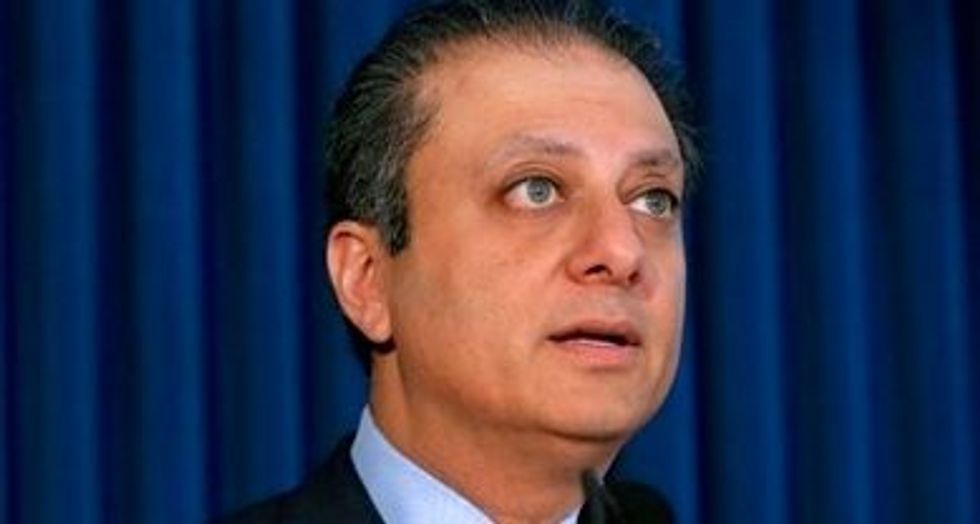 U.S. President-elect Donald Trump was to meet on Wednesday with Preet Bharara, the top federal prosecutor in Manhattan known for pursuing a series of high-profile cases targeting public corruption and crime on Wall Street.

Bharara, who was appointed to his position by Democratic President Barack Obama in 2009, smiled at reporters after arriving at Trump Tower but did not comment on his reason for meeting with Trump.

The meeting opens the possibility that Trump, a Republican who has promised to "drain the swamp" in Washington, might keep on Bharara, who has won praise among even Republicans in New York for pursuing corruption investigations involving state and city politics, as well as financial crime.

Bharara brought dozens of successful cases against insider traders and was on the cover of Time magazine in 2012 with the headline "This man is busting Wall St."

Asked at a Nov. 17 news conference whether he would be willing to serve in the incoming Trump administration, Bharara said: "I love my job, I enjoy doing my job, I think we're still doing great work here in the office.

"I serve at the pleasure of the president, like every U.S. attorney does, and if and when our president decides to replace me, I'll ride off into the sunset."