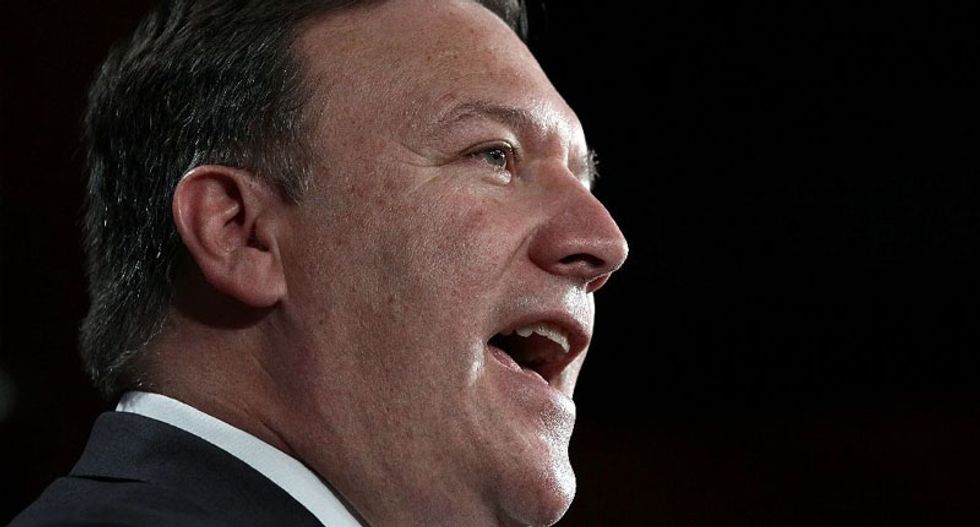 Mike Pompeo, the Republican legislator chosen by US President-elect Donald Trump to lead the Central Intelligence Agency, is a well-known hawk and strident critic of the Iran nuclear deal.

A graduate of the prestigious US West Point military academy and later Harvard Law School, Pompeo worked in the powerful Republican-oriented law firm Williams and Connolly and ran then sold an aerospace components firm, Thayer Aerospace.

With financial support from the influential conservative billionaire Koch brothers, he was elected in Kansas in 2010 to the House of Representatives, where he was a member of the hardline Tea Party faction.

In the House, the 52-year-old made his name as one of the leaders of the controversial Benghazi Committee, which targeted Trump's presidential rival Hillary Clinton in its investigation of the 2012 attack on the US consulate in the Libyan city which left four Americans, including the US ambassador, dead.

Pompeo gained exposure to intelligence matters in 2013 when he was appointed to the House Intelligence Committee.

In that venue he leveled scathing criticism of the Obama administration's deal with Iran to lift sanctions in exchange for halting its program to develop nuclear weapons.

Ahead of his nomination, on Thursday he tweeted: "I look forward to rolling back this disastrous deal with the world's largest state sponsor of terrorism."

His nomination was hailed on Friday by Republican Devin Nunes, the chairman of the intelligence committee, which will have to approve his appointment.