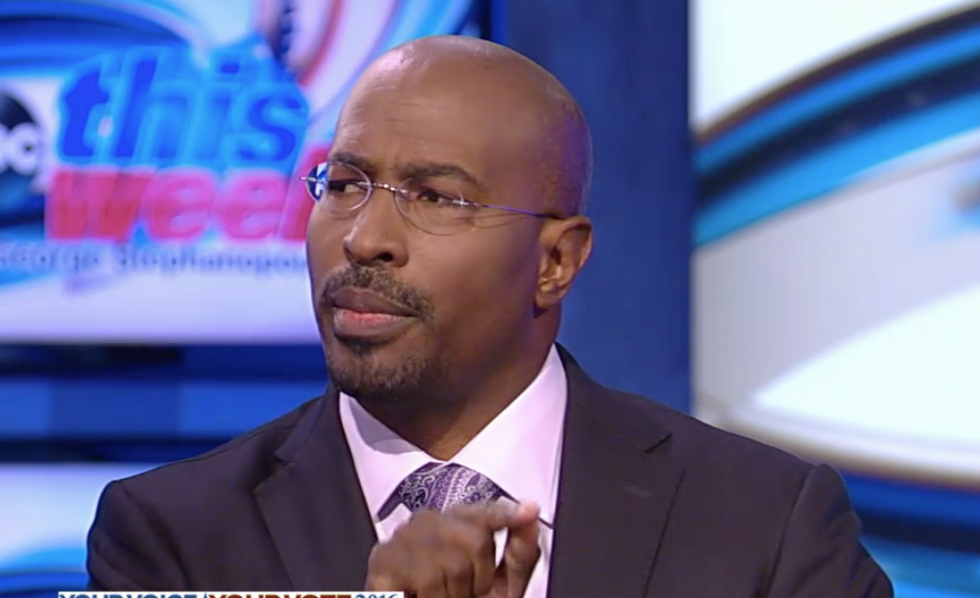 Former White House aide and activist Van Jones blew up at longtime Republican operative Mary Matalin on Sunday when she said that he should retract his statements that the 2016 election results are part of a "whitelash," i.e., a backlash against eight years of a black president.

"Van has, to my mind, retracted your 'whitelash' with what you just said," Matalin said, "and not focus totally on the toxic stuff."

When Jones began to protest, Matalin held up a finger to hush him and said, "Well, you should, and if not, you're wrong. That's not the path for progressives."

"I said -- and I stand by it -- I said that race was a part," Jones said, "that alt-right part that's part of the whitelash and if you listen to the whole quote, you would agree with what I said."

Matalin said she did listen to the full statement and at the end, he said, "What am I supposed to tell my kids."

"You should tell your kids that you're a black man in America that went to Yale, who's written books, whose served in the..."

"I'm a ninth generation American man and I'm the first one in my family born with all my rights," Jones countered.

"You should be ashamed of yourself to say that to my face," Jones said. "I've spent more time than you have trying to be a racial reconciler in this country."

"Oh, really?" Matalin sniped. "How do you know that? You don't know anything about me."

"Well you apparently don't know anything about me," Jones shot back. "And I'm shocked to hear you say that."

He then addressed moderator George Stephaopoulos, "George, this is the problem we're having right now. It is in fact the case that there was a populist revolt in this country -- both Sanders and Trump. But one of them was marbled through with this alt-right stuff. If someone like myself who is married to a white woman, who has spent my entire life building bridges can't point out the alt-right whitelash reaction without being accused of being a racial polemicist? We're going to have a big problem in this country."