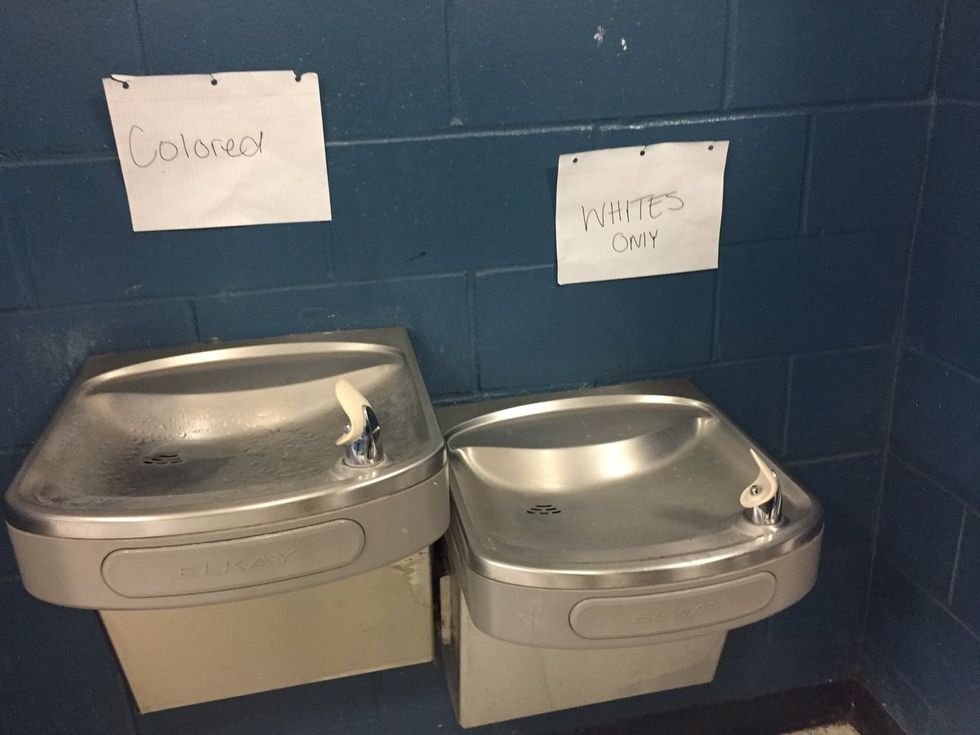 At First Coast High School in Jacksonville, Florida, vandals posted two signs over the public water fountains in an act of racial intimidation.

"Whites only," said one sign, according to Action News Jacksonville, and the other said, "Colored."

The signs -- which hearken back to the days of segregation -- are a part of the wave of racist and nativist harassment, bullying and threats that have rocked the nation since the election of Donald Trump as president on Tuesday.

School officials immediately took the signs down and are trying to find out who put them there.

Duval County Public School spokeswoman Laureen Ricks said in a statement, "School is investigating, but it appears to be a prank. Staff immediately removed the notes once it was brought to their attention."