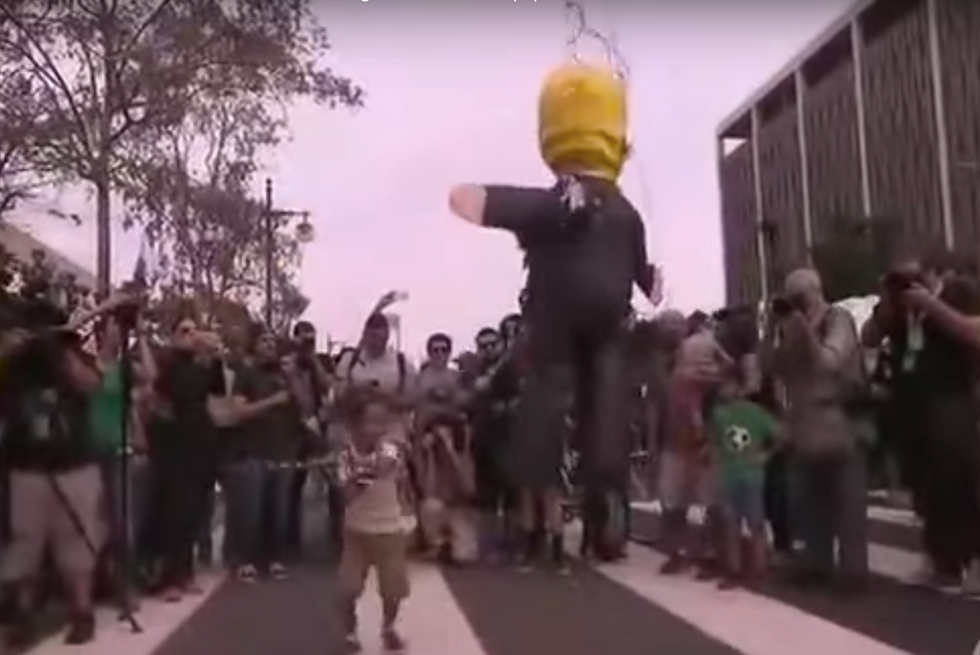 After this week, we could probably all use a moment of levity.

Kids at an Anti-Trump protest in Los Angeles on Saturday took turns swinging at a piñata made in the image of Donald Trump.

In the clip, a black-suited, orange-haired Trump effigy gets whacked by one kid after another until his arms and legs are torn off and candy showers to the ground.

Thousands of protesters marched in Los Angeles on Saturday to protest the election of Republican former reality TV star Donald Trump to the presidency. Many marchers are afraid that Trump will make good on his draconian campaign rhetoric and institute a "deportation force" to remove undocumented immigrants from the country.