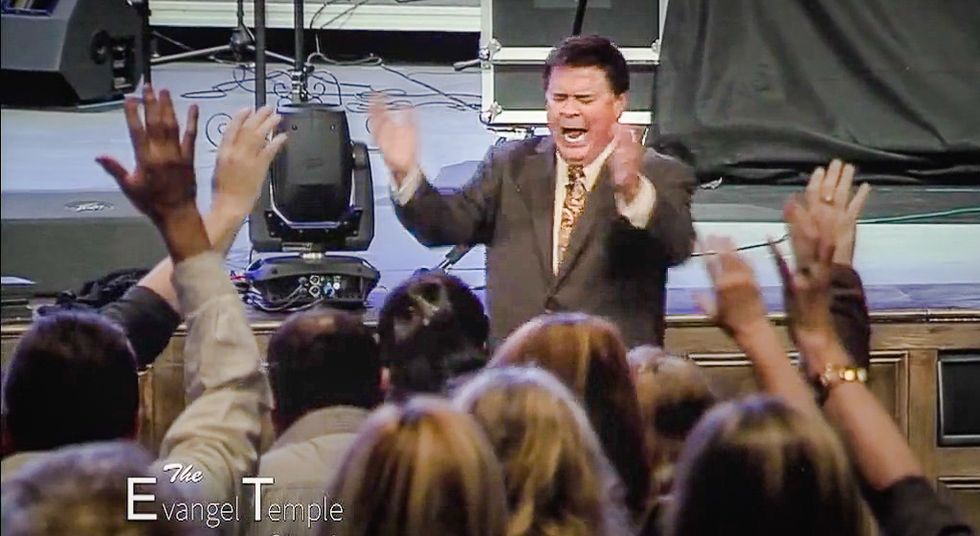 Pastor John Kilpatrick used his pulpit to celebrate the election of Donald Trump and the defeat of Hillary Clinton by speaking in tongues during a recent sermon.

Shortly after the Nov. 8 election, Kilpatrick reminded his congregation at the Evangel Temple in Meridian, Mississippi that God used Hurricane Katrina to attack New Orleans because President George W. Bush had told Israel to "give up Gaza."

But he insisted that President Barack Obama's administration had been even worse.

"We've had an election now, things are going to open up, God's spirit is going to begin to move again in America," the pastor said, adding, "Sha yi ya yi ya yi ya ya. Praise him! Woo!"

"Victory, finally, victory!" Kilpatrick declared. "Thank the Lord for the victory! Thank you for saving our nation! Thank you, Lord, for bringing Jezebel down!"

Watch the video below from The Evangel Temple.