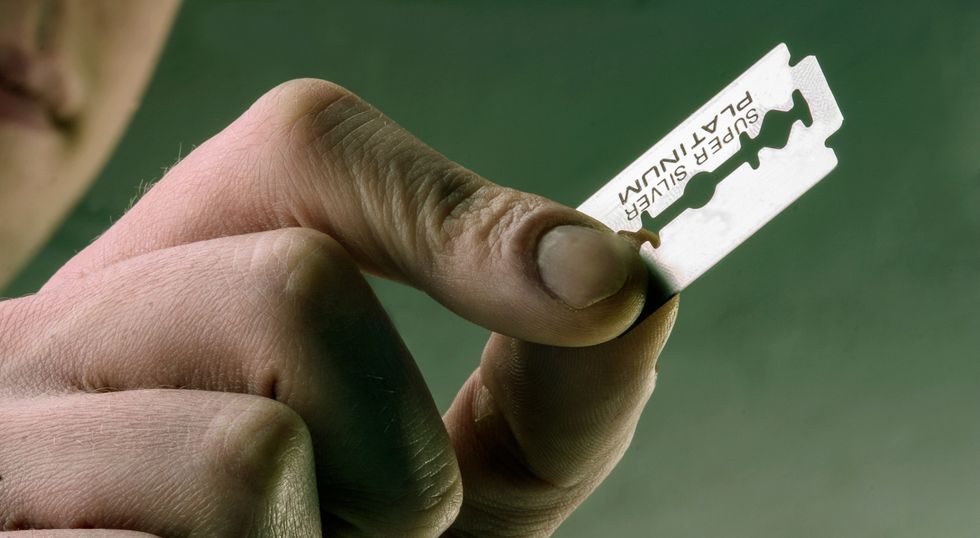 Students at University of California, Davis have been warned about removing white supremacist fliers because some have been found to have razor blades.

UPDATE: UC Davis said Friday that the incident was a false report. "There were fliers, but no razor blades. Fliers were removed w/o incident," the university tweeted.

The Sacramento Bee reported this week that professors spotted the fliers in the days after the election of Donald Trump.

“Are you sick of anti-white propaganda in college? You are not alone," one flier said. It included the address of a white supremacist website.

UCD spokesperson Kim Hale told The Davis Enterprise that the fliers were removed because they violated the school's Principles of Community standards.

“We’ve come to learn that these fliers were not exclusive to this campus, but that this group posted fliers at other campuses as well," Hale said. "They did not advocate violence or any action against any group of people but did violate our Principles of Community and were removed.”

In an advisory posted to Facebook, the ASUCD Office of Advocacy and Student Representation revealed that some of the fliers had been laced with traps that could injure anyone who tried to remove them.

"If you see posters with hate speech on them around Davis with OPAQUE tape (often blue), PLEASE be careful if removing them because people have been putting RAZOR BLADES in the tape to cause injury to those who try to do so," the statement said. "This has actually been encountered by a number of campus faculty and students already (initially during the protests last Tuesday) who have been cut."