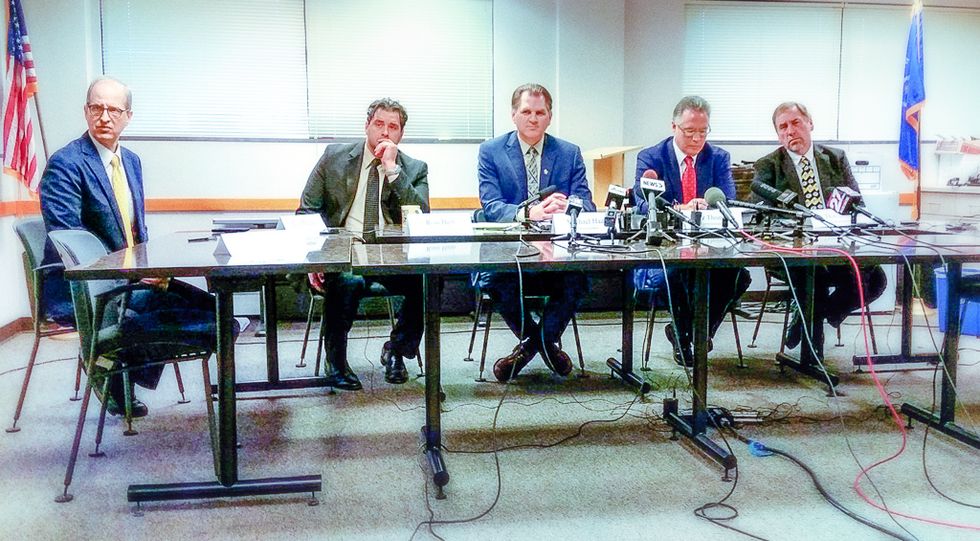 In a tweet on Sunday, Trump blasted Hillary Clinton's campaign for its involvement in a recount that was requested by the Green Party in Wisconsin.

In addition to winning the Electoral College in a landslide, I won the popular vote if you deduct the millions of people who voted illegally
— Donald J. Trump (@Donald J. Trump) 1480278643.0

During a meeting to discuss details of the Wisconsin recount on Monday, Thomsen expressed his disappointment in the president elect.

.@WI_Elections says it's virtually impossible to hack WI's voting machines because they're not connected to the int… https://t.co/fCk21haytG
— Theo Keith (@Theo Keith) 1480352360.0

"It is a decentralized and relatively safe system," Thomsen explained. "From my point as the chair of the commission, I think it's most unfortunate that the president elect is claiming that there is huge problems with our system and that's feeding what I call this conspiracy theory."

"Personally, I'd like him to come down out of his Trump Tower and go off to Wautoma County and spend the time with the folks on the ground that are counting the votes. I mean, he won that county. To say it's not being fair or people are counting illegal votes, from my vantage point, is an insult to the people that run our elections."

The commission on Monday unanimously rejected a request from Green Party candidate Jill Stein to recount all votes by hand. Local election clerks will instead be allowed to set the recount method.

Watch the video below from The Uptake.