'You should be scared’: Trump supporters assault black woman with a brick and threaten to rape her 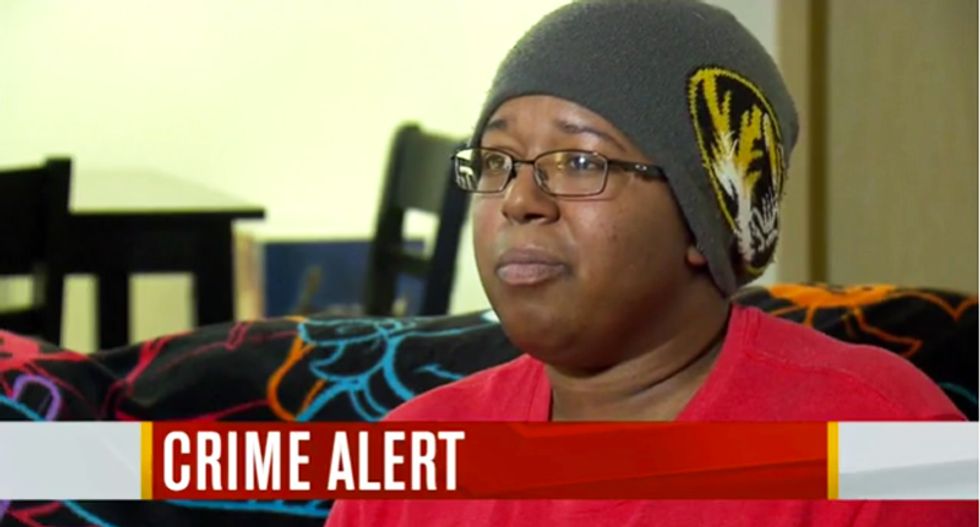 An Oregon woman has filed a police report saying she was assaulted with a brick and threatened with rape by three men, with one telling her, "Now we got a president who finally feels how we feel.”

According to KOIN, Kara Stevens stated that she was on her way into a Safeway store the day after the election when she was blindsided by a brick thrown at her, hitting her in the abdomen.

“I just thought to myself, if I pass out from not being able to breathe and I hit the ground, it’s over,” Stevens said, adding, "I heard someone yell ‘Stupid n****r b*tch.'”

Stevens described her assailants as three white men in their 30s or 40s who shouted at her and made references to President-elect Trump.

"They yelled ‘Are you scared? Are you scared now? Because you should be,’ and then they said ‘Now we got a president who finally feels how we feel.'”

According to Stevens she first drove home after the attack, only to go to the emergency room where doctors told her she suffered broken ribs from the assault.

Stevens told KOIN that she hopes nobody ever has to go through what she went through.

“The only thing I kept thinking to myself is, ‘This is how my life is going to end,’ and ‘I don’t deserve this,'” she said.

Hillsboro police are investigating the assault as a possible hate crime.

Watch the video below via KOIN: