'Your deficiencies of understanding are not my problem': Charles Blow scorches Trump ally Kingston 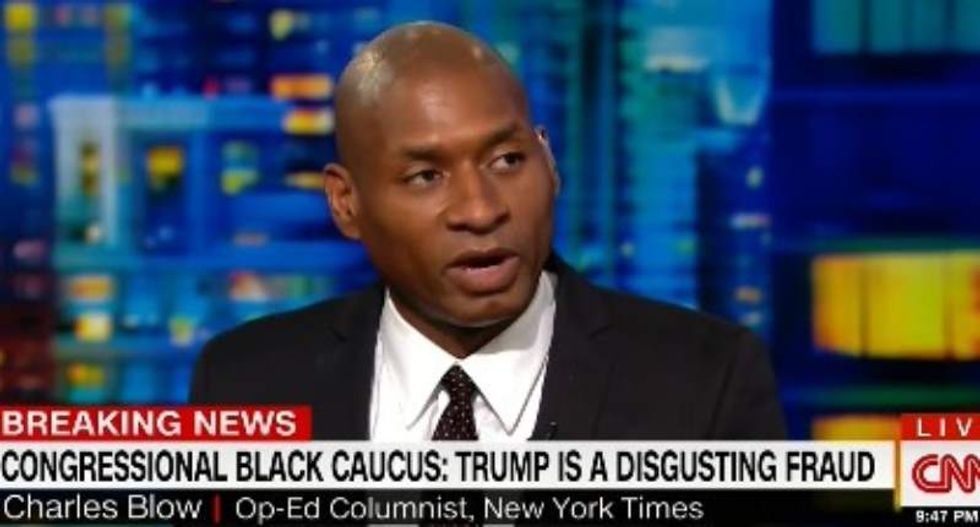 CNN media critic and Reliable Sources host Brian Stelter said that for conservatives, Breitbart and other alt-right media sources provide them with an "alternate reality" that suits their ideology more than the truth.

For example, Stelter said, alt-right followers are convincing themselves that all of the hate crimes, assaults and instances of racial harassment are just liberals making up stories.

Anchor Poppy Harlow turned to Kingston, saying that Bannon has a history of racist and anti-Semitic remarks, as well as a record of white nationalism.

Kingston said that he wouldn't take advice from Bannon on "those topics," but "I haven't seen any evidence that's part of his agenda at all. If you look what's happened to the Trump campaign from the time he came on board to victory night on Tuesday, everything that he has his fingerprints on has done very, very well."

He went on, "And I want to say this as a Republican, you know, we didn't really like Paul Begala or David Axelrod or James Carville because we felt like they were too tough for us. So, I understand why the liberals are screaming and hollering because we felt the same way about those guys."

Kingston went on to tout Bannon's resume as a "Wall Street guy" and a "media guy" and said there's "nothing unusual" about the Breitbart executive's track record as an operative.

"The track we don't want to take," Blow said, "is to the false equivalency, that racism is ideological, that there is an equivalency between Begala and Bannon. There is none. There are Republicans who hate racism. This guy, however, is not one of those people. He himself said that Breitbart is now the home of the alt-right."

"It does not take a long time," he began before Kingston tried to cut him off. "I'm sorry, don't interrupt me," Blow told the former congressman, but Kingston did anyway.

"You are still not going to interrupt me even with the 'I'm sorry,'" Blow said, getting heated. "Don't say I'm sorry and then interrupt. It still doesn't make your case."

"I just want to know what alt-right means," Kingston simpered.

"The point still remains," Blow said, "racism is a problem and if you're going to invite someone who has kind of hitched himself to that as a movement? That's a problem for all of us and it does not take a long time with Google to look at what has happened on Breitbart since Bannon arrived at Breitbart."