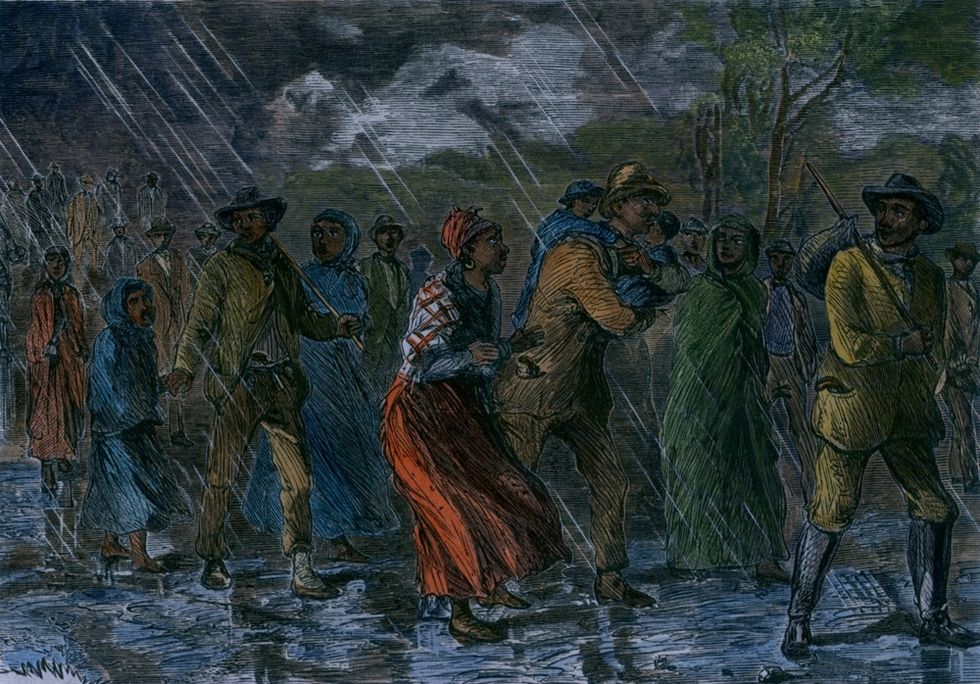 A network of 450 houses of worship across the country are stepping up to act as a kind of "underground railroad" for undocumented immigrants under the nascent Donald Trump administration.

The New York Times said that these churches, synagogues and mosques are all part of the Sanctuary Movement -- an interfaith movement that began in the 1960s, but which has undergone a revival in recent years as the U.S. has stepped up deportation of undocumented immigrants.

The Sanctuary Movement has gained even more momentum since the election of Republican Donald Trump, who has pledged to deport 2 to 3 million unauthorized immigrants who he says are guilty of crimes. While not every church has the space and resources necessary to physically shelter immigrants, all 450 organizations have pledged to provide "money, legal aid, food, child care or transportation," said the Times' Laurie Goodstein.

“Jesus said we are to provide hospitality to the stranger,” said the Rev. Robin Hynicka of New York City's Arch Street United Methodist Church. The Times noted that Hynicka cited "Matthew 25, in which Jesus instructs his followers to feed, house and clothe 'the least of these,' the poor and vulnerable."

Hynicka's church is serving as a physical sanctuary for Javier Flores Garcia, a father of two who was ordered to report to immigration authorities for deportation in the fall. Rather than leave his partner, their two children and a 13-year-old stepdaughter behind, Flores has taken refuge in Arch Street's basement.

Immigration authorities consider hospitals, schools and churches to be "sensitive locations" -- places where they are ordered not to make arrests unless they receive explicit permission from an Immigration and Customs Enforcement (ICE) supervisor or there are "exigent circumstances" that require immediate action.

Flores has a long history with ICE officials, the Times said. "He was apprehended nine times between 1997 and 2002 trying to cross the border. He re-entered and was ordered removed by a judge in 2007. He re-entered twice in 2014 and served prison sentences for illegal re-entry, a criminal felony conviction."

"My only crime is coming back," Flores said.

Rev. Alexia Salvatierra of the Evangelical Lutheran Church in America told the Times that the Sanctuary Movement -- which was largely led by white Protestant churches in the 1980s -- got a boost in momentum from Latin churches in 2006. As the Obama administration stepped up deportations, churches began to protect their congregants.

“We’re in a different universe now. We don’t need the white people to rescue us, thank you very much. We need to be in partnership,” Salvatierra said.

Jessica Vaughn of the Center for Immigration Studies (CIS) -- a conservative group that the Southern Poverty Law Center (SPLC) says has "deep racist roots" and acts as the one of the respectable faces of U.S. white nationalism -- said that she thinks the Sanctuary Movement is misguided.

Vaughn said she feels some sympathy for the people being deported, "But I find myself wishing that they had as much sympathy for other parishioners they have who are adversely affected by illegal immigration," she said. The CIS maintains that undocumented workers undercut wages, take jobs from U.S. citizens and cause crime rates to spike, in spite of an abundance of evidence to the contrary.

The Sanctuary Movement's Rev. Alison Harrington of Southside Presbyterian Church in Tucson recently told a workshop full of volunteers that it's uncertain whether churches will remain inviolable under Pres. Donald Trump.

“We can’t assume that churches and houses of worship will remain safe locations,” Harrington said.

In the 1980s, when churches were welcoming and harboring refugees from South and Central American wars, the faith groups operated as a kind of "underground railroad," transporting undocumented immigrants from unsafe areas to safe ones.

The churches are preparing to fulfill that function again, if necessary.

“What better work for the church to do,” Hynicka said, “than to provide what we know God gives us, our heartfelt commitment to family, whether that family comes from Mexico, or from Philadelphia, or wherever.’’