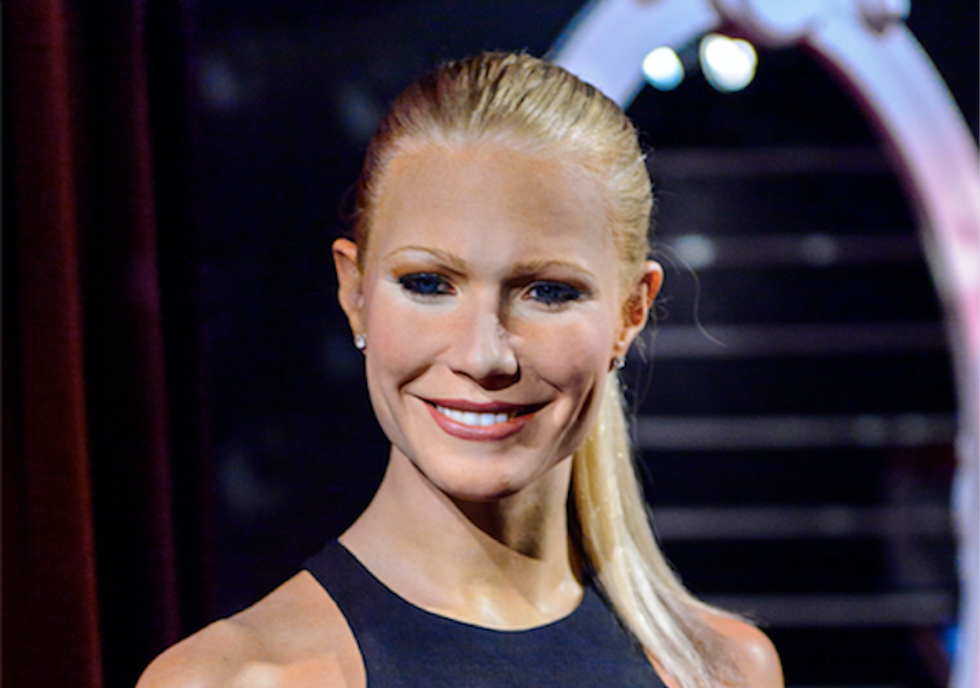 Actress and aspiring lifestyle maven Gwyneth Paltrow believes that her "conscious uncoupling" with ex-husband Chris Martin of the band Coldplay has "contributed something positive to the culture of divorce."

The Daily Beast's Tom Sykes said on Thursday that Paltrow was speaking with InStyle magazine when she congratulated herself on making divorce better for the masses.

Paltrow -- who runs the lifestyle blog Goop.com -- announced in 2014 that she and Martin were splitting after 10 years of marriage. Citing the work of what Skyes calls a pair of "New Age doctors" Habib Sadeghi and Sherry Sami, the actress called the process a "conscious uncoupling" and now appears to believe that her and Martin's divorce can be a model for married couples everywhere who are reaching the end of their relationship as spouses.

"So not only does Gwyneth have the perfect career, hair, and skin tone; she also has the perfect divorce. And she’s not afraid to tell you so," wrote Sykes.

Martin, Paltrow said, is "at my house every single day. We still have our family life.”

“To this day, Chris would take a bullet for me, even though I’m not his wife. I honestly think Chris and I have contributed something positive to the culture of divorce," she told InStyle.

Paltrow has taken heat in the past for the impractical, out-of-touch and often very expensive life, health and beauty advice she doles out at Goop.

Whether it's vaginal steaming or $50-per-pair cashmere socks, Paltrow is willing to brave public opprobrium to inhabit her role as a pioneer.

“It used to be that I would talk about something or write about it, and people would be like, ‘What the f--k is she talking about? She’s a witch!’ And then later on it would sort of catch on... I’m like, this is my role. I’m here to do this. A friend told me if you’re a trailblazer, you’re the first one through and you get the cuts because you’re hacking the path," she enthused.